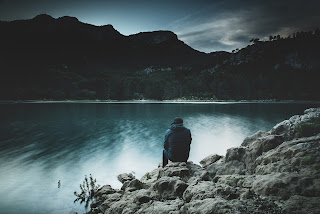 I received a phone call from a dear friend, who is also one of my childhood heroes. Sr. Josephe’ Marie was my sixth grade teacher, and who was one of two teachers who absolutely and totally turned my life around. No hyperbole. Only the truth.

Many of you know my backstory, but from first through third grade, I barely received anything beyond a grade of C. Mostly, I received Ds. Back in those days, there were columns of things to work on, and there were a whole lot of checkmarks in those columns on my report card. I had a bit of a stuttering problem back then. We were poor. One teacher told me that I “was just another Lewis kid.” In those days, most classes were tracked. I was in the blackbird reading group, not the bluebird group or the cardinal group. You know what that meant.

I entered fourth grade and my teacher was Mrs. Gerald Mehring. Nancy, as I call her today. I don’t know what it was, but she saw something in me. She began calling on me for my opinion. I remember one time she had me give an opinion on a class disagreement. She, and the class, accepted it. That was the start for me. She turned my life around. By the end of the year, I was in the cardinal reading group. I was getting As and Bs on my report card with no checkmarks.

In sixth grade, we had this young nun, Sr. Josephe’ Marie Flynn. She would fly around the room, her robe rustling, rosary beads rattling. When she worked one on one with us, she would put her arm around shoulders and hug us. She complimented us, cared for us, played kickball on the church playground with us.

It was Josephe’ who started me on my love for writing with her story starter note cards. When we were done with a test or our work, we could take a story starter and complete the story. Three or four paragraphs on a notecard and, if we wanted, we’d finish the story. No grade. No credit. Just fun.

I had heard about the Covid-19 outbreak at one of the elderly homes where nuns lived. There were many who got sick and many who had died. I had not heard from Josephe’ in several years, so I worried. I sent a letter off to the last known address and waited. And waited. Nothing.

Then, Josephe’ called me last week. A couple of months shy of her 80th birthday. Still a ball of energy. Still upbeat. Still happy and laughing. Still full of joy.

She told me she had Alzheimer’s.

She didn’t tell me the stage or when it began. I am not a doctor, so I don’t know any of that, but I do know the end, when it comes, isn’t pretty.

As I said, she wasn’t sad or down. She wasn’t depressed. She spoke just as she had spoken years ago. In my mind, with my ears, nothing had changed. Nothing. She put thoughts together. She was coherent and lucid. In my mind, she was, and is, Josephe’.

What she wanted to talk to me about was death. Her own. Mine. Yours. Ours.

Odd topic for a phone call from someone you hadn’t spoken to in ages. But that is what she wanted to talk about. Death, and God.

She talked about the lives and hearts of those who she touched. Or rather, as she said, God touched through her. People she knew, and people she never met before. God would speak to her, she would listen, and she would minister to them.

A middle-aged couple with a boy, all riding the bus together. She sensed they needed prayer. The four of them, Josephe’, the couple and the boy all got off at the same bus stop. Josephe’ walked up to them, let the mother know that, “It is going to be all right. Their boy would be safe. It would take six months, but it will work out. I promise. God said it was so.” The mother burst into tears and said, “They want to take my boy.” And Josephe’ smiled, hugged her, and told her that, “God will take care of you. Six months. Trust Him.”

And she walked away. And they walked away. They didn’t know each other, but Josephe’ remembered that the mother and the father smiled and nodded through their tears and she knew they felt peace.

One of many stories she told me. One of many she had told me over the many years since my sixth grade. I know of many more. I know there are many who, like me, know Josephe’ and heard stories about her from others. Healing. Peace. Love.

And she attributed all this to God. Her God, my God, your God- whether or not you believe. It doesn’t matter if you don’t, because He’s still there and He still cares.

Mostly, she talked about death. And fear.

She told me that death isn’t something to fear. Death is one door opening to another grander, beautiful life.

What she told me was that fear kills. Fear destroys. Fear takes away peace. It places a roadblock in one’s life preventing love from getting through. Being loved, and loving in return.

Josephe’ recognized that her memory is fading. Like she has done for years, she has written things down, but also verifies these thoughts with others who don’t have Alzheimer’s. Fact-checking, if you will.

Her message that she wanted to convey to any and all who might listen is that death is not to be feared. It is fear itself, to paraphrase FDR. Her message is to live life, love it, and know that there is better beyond this life. Better.

I think about this in my very early retirement, and on the backside of my own life. Will I get to see and hold my grandchildren in the coming years? What will happen to Kim, to Hannah, to Emily upon my passing? Will they be okay? Will they be taken care of?

Those are my fears. Not of death, per se. But of missing out on their lives and the question of their safety, their own lives. I know what the death of a loved one feels like. I felt it when our son, Wil, was taken from us. That ripped apart our heart and soul. I don’t want that same feeling to occur upon my passing. I want Kim, and Hannah, and Em – anyone who has been involved with my life, anyone who I happened to touch in a positive way – that I’ll be okay. I will be all right. That they will be okay. You, too.

I want them, you, taken care of and know that death happens to all of us, but fear doesn’t have to. It doesn’t. Don’t give in to fear. Live. Be happy. Be joyous. Celebrate life around you. Be and live in the moment, the now. Smile and laugh. Don’t let fear overcome your life. Like Josephe’ said, it will be okay. It will be good. She promises! 😊 Something to think about . . .

I have a new author's website. On it, I talk about writing. I introduce characters from my books. I release snippets from those books. I let you in on any interviews I have done. I will let you know of any events coming up for books sales and signings. Mostly, it is my way of reaching out to you so that you get to know my author side of life.

Other ways you can connect with me on Social Media:
Twitter at @jrlewisauthor
Facebook at: https://www.facebook.com/Joseph.Lewis.Author
Amazon at: http://www.amazon.com/Joseph-Lewis/e/B01FWB9AOI /
Photo courtesy of  Guillaume de Germain and Unsplash
Posted by Joseph Lewis at 9:46 AM