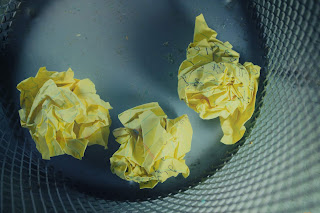 Most of you know by now that I write. The beginning came in sixth grade when my teacher, Sr. Josephe’ Marie, would give us ‘story starters’. These consisted of three or four paragraphs on a notecard. After our work was completed or a test was finished, we could walk up to her desk and take one.

The idea was to read the three or four paragraphs and then complete the story anyway you wanted to. I don’t remember whether or not we received extra credit, but every chance I got, I’d grab one and write.

In 1987 or so, I had a short story, “Dusty and Me” published in St. Anthony Messenger. I was ecstatic. I mean, I received money for a story I wrote and it was actually published. I even received fan mail (okay, it was one letter from some guy in the Midwest, but hey . . .) But it wasn’t until 2014 when my first book was published. It was exciting and overwhelming at the same time.

I think about my short story and the six books I’ve written, and I remember the rejection I received from agents and publishers. Honestly, I think I could take all the rejections and cover a room in my house. Seriously. Stephen King in his book, “On Writing” described how he used a nail to hang his rejections on the wall over the desk where he did his writing. There were so many rejections, he ended up using a railroad spike to hold them all. J.K. Rowling describes herself prior to Harry Potter as being ‘the biggest failure I knew’.

King’s manuscript, “Carrie” was rescued from the kitchen garbage can by his wife, who told him to finish it and send it in. The manuscript was rejected 30 times before being picked up by Doubleday. It went on to sell over a million copies and become a successful film. J.K. Rowling sent her finished manuscript to 12 different publishers and was rejected by them all. A Bloomsbury editor finally picked up the book for an advance of just £1,500. Her editor suggested she get a teaching job. The “Harry Potter” franchise became one of the best-selling series in history with over 450 million copies purchased world-wide. Dr. Seuss was rejected by 27 publishers. John Le Carré’s first novel “The Spy Who Came in From the Cold” was rejected by a publisher with a remark to his agent, “You’re welcome to le Carré – he hasn’t got any future.” Isaac Asimov said, “Rejections slips, or form letters, however tactfully phrased, are lacerations of the soul, if not quite inventions of the devil – but there is no way around them.”

I think of the kids walking our hallways. I think of some of the adults manning our offices, our classrooms, driving our buses, preparing the food- all of them, all of us, have and will experience rejection. All of us, no matter who we are.

Some are better able to pick ourselves up, dust off our britches and keep moving forward undeterred. Others, not so much. Kids in particular. They don’t have the resilience some adults have. They, and some of us, still need to learn that life continues. That there will be days of rejection and failure, but there will also be days of acceptance and success. The ebb and flow, the valley and trough. Such is life, I think. Something to think about . . .

Good News!
Spiral Into Darkness made the finals for Author Shout Reader Awards! I will know in January if it won an award. It has also been nominated for Top Shelf Book Awards! That is quite an honor! I’ll find out more yet this month or early December.

Posted by Joseph Lewis at 11:08 AM No comments: