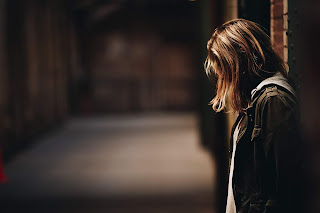 When you pull up to a red light and the red light turns green and no one moves, that is annoying. Especially if that driver is fiddling with his or her phone, it’s dangerous and thoughtless. The green light or green arrow only lasts so long, right?

Or when you pull up to a four-way stop and each driver politely takes their turn to move forward, except for that one driver who might lose track of who is supposed to go next or who deliberately decides he or she is in too much of a hurry to wait.

I ranted for about five paragraphs. I vented. I took your valuable time and unloaded on you. It didn’t feel very good, did it? Perhaps it even fired you up a little . . . or a lot.

You might have been having a bright and sunny day and I just rained all over it. Reading my rant might have changed your outlook, your disposition, and your attitude, not to mention how you might interact with others.

Your next interaction, if you decide to carry further my ranting, affects that person, and that person who is then interacted with, and so on. Much like Typhoid Mary passing her disease on to others.

Yes, there are times and there are places where venting and ranting might be acceptable. Perhaps. Sometimes something might happen that helps us reach our boiling point and like a volcano spewing lava and ash all over, we spew anger and wrath and angst. We change people’s attitudes from happy to sad, from content to anxiety, from peace to turmoil.

And we are the cause. We CHOOSE to let a situation or individual get the better of us. It’s how we CHOOSE to react that upsets us and others around us, those with whom we interact.

When we look at it objectively, we’re selfish. We’re placing our own feelings and needs ahead of others. And when you think about it, ranting and raving don’t do much to help us anyway. The net cause is still present: the way we CHOSE to respond and interact. Our spewing doesn’t do much of anything except to ruin another individual’s mood and day. It’s unfair and selfish. Something to think about . . .

I will be selling and signing copies of my book, Caught in a Web at:

Today, Oct. 5 and Tomorrow, Oct. 6 are the last two days to purchase the Kindle version of Caught in a Web for only .99 (cents!) You can purchase your copy on Amazon https://www.amazon.com/dp/B07CKF7696

And please, if you do give Caught in a Web a shot, please leave a rating and a review. I would appreciate it. Thanks for this consideration!

Also Available on Amazon for .99 the Lives Trilogy Prequel, Taking Lives
FBI Agent Pete Kelliher and his partner search for the clues behind the bodies of six boys left in various and remote parts of the country. Even though they don’t know one another, the lives of FBI Agent Kelliher and two boys become interwoven with the same thread that Pete Kelliher holds in his hand. The three of them are on a collision course and when that happens, their lives are in jeopardy as each search for a way out. http://bit.ly/Taking-Lives-JLewis

photo on Unsplash by Eric Ward
Posted by Joseph Lewis at 10:12 AM No comments: