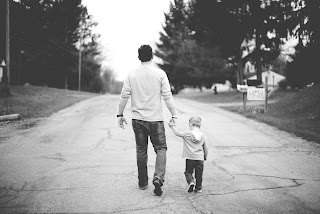 Saturdays are my this and that day. Odds and ends. Typically, laundry, grocery shopping, cleaning the house. Those sorts of things. Kim and I will relax in the afternoon. I’ll do some writing. Like I said, a this and that kind of day.

Yesterday was no different.

I was filling up my car with gas while a young man across from me was doing the same. Every now and then, he would smile at me. I nodded back. He finally asked if I was Mr. Lewis, the principal. I told him that yes, I was, but I had retired this past June.

He told me he had gotten suspended many times for fighting, popping off to teachers, “stuff.” Oh, I remembered! Yes, I surely did!

He told me that there was one thing I had said to him that had always stuck with him.

He said there was a meeting with his grandparents, his assistant principal, and me. It was during that meeting I had told him, “Your grandparents don’t deserve this. You can do better. You can make better choices, better decisions. If you aren’t willing to do it for yourself, look at your grandmother and your grandfather, and do it for them.”

It is something I might say to any kid who made a mistake. He remembered it, and this is what he had remembered from that meeting.

He was a good kid who had made poor choices. His grandparents loved him and wanted to help, but they needed some support. That happens. I can’t tell you how many times over the years I heard a parent or grandparent weep and say, “I don’t know what to do.” Heck, there were times as an administrator I felt the same way.

My philosophy has always been that all kids get it . . . eventually. Some get it sooner than others. Some get it later, hopefully before it gets too bad and before they get in too deep. But kids will get it.

It never paid to lose one’s mind over an action or a word. What good does it do? The kid did or said whatever he or she did. They know it. We know it. All that’s left is to apply a consequence, and hopefully learning comes from it. Hopefully.

What made my year and what brought a smile to my face and what warmed my heart was when he told me he had joined the marines, and that now he was a stockbroker.

Wow! Imagine that! He made my year!

A kid who fought, who walked the hallways angry and with a chip on his shoulder, a kid who was suspended repeatedly for violating this rule or that rule. A kid whose grandparents agonized over him and not knowing what to do or where to turn. A kid who finally woke up . . . not sure exactly when . . . but he woke up and turned into a seemingly fine young man. A smile on his face. A kid who seemed happy with life, with himself. This kid. Any kid. Really, all kids . . . eventually. Something to think about . . .

The edits and revisions for the Lives Trilogy and Prequel are now complete! I am waiting to see the book covers. I am thankful to BRW for their continued belief in me and in my writing. I will keep you posted as to when they might be available for purchase on Amazon and on Barnes and Noble.

I Received a New 5 Star Review and Author Spotlight!

You can find the Review here:

and the Author Spotlight here:

I have an author's website, in addition to my Facebook Author’s Page.
On it, I talk about writing. I introduce characters from my books. My most recent post introduces you to Detective Pat O'Connor. I also release snippets from those books. I let you in on any interviews I have done. I will let you know of any events coming up for book sales and signings. Mostly, it is my way of reaching out to you so that you get to know my author side of life. You can find it at: https://jrlewisauthor.blog/
Other ways you can connect with me on Social Media:
Twitter at @jrlewisauthor
Facebook at: https://www.facebook.com/Joseph.Lewis.Author
Amazon at: http://www.amazon.com/Joseph-Lewis/e/B01FWB9AOI /
Betrayed: A Literary Titan Silver Book Award Winner! A Reader's Ready Recommended Read Award Winner!
A late-night phone call, a missing kid, a murdered family, but no one is willing to talk. A promise is made and kept, but it could mean the death of a fifteen-year-old boy. Seeing is not believing. No one can be trusted, and the hunters become the hunted. https://amzn.to/2EKHudx
Spiral Into Darkness: Named a Recommended Read in the Author Shout Reader Awards!
He blends in. He is successful, intelligent and methodical. He has a list and has murdered eight on it so far. There is no discernible pattern. There are no clues. There are no leads. The only thing the FBI and local police have to go on is the method of death: two bullets to the face- gruesome and meant to send a message. But it’s difficult to understand any message coming from a dark and damaged mind. Two adopted boys, struggling in their own world, have no idea they are the next targets. Neither does their family. And neither does local law enforcement. https://amzn.to/2RBWvTm
Caught in a Web: A PenCraft Literary Award Winner! Named “One of the Best Thrillers of 2018!” by BestThrillers.com
The bodies of high school and middle school kids are found dead from an overdose of heroin and fentanyl. The drug trade along the I-94 and I-43 corridors and the Milwaukee Metro area is controlled by MS-13, a violent gang originating from El Salvador. Ricardo Fuentes is sent from Chicago to Waukesha to find out who is cutting in on their business, shut it down and teach them a lesson. But he has an ulterior motive: find and kill a fifteen-year-old boy, George Tokay, who had killed his cousin the previous summer. Detectives Jamie Graff, Pat O’Connor and Paul Eiselmann race to find the source of the drugs, shut down the ring, and find Fuentes before he kills anyone else, especially George or members of his family. https://www.amazon.com/dp/B07CKF7696
Book One of the Lives Trilogy, Stolen Lives:
Two thirteen-year-old boys are abducted off a safe suburban street. Kelliher and his team of FBI agents have 24 hours to find them or they’ll end up like all the others- dead! They have no leads, no clues, and nothing to go on. And the possibility exists that one of his team members might be involved. http://tinyurl.com/Stolen-Lives-J-Lewis
Book Two of the Lives Trilogy, Shattered Lives:
Six men escaped and are out for revenge. The boys, recently freed from captivity, are in danger and so are their families, but they don’t know it. The FBI has no clues, no leads, and nothing to go on and because of that, cannot protect them. http://tinyurl.com/Shattered-Lives-J-Lewis
Book Three of the Lives Trilogy, Splintered Lives:
A 14-year-old boy knows the end is coming. What he doesn’t know is when, where, or by whom. Without that knowledge, the FBI can protect him or his family. And he cannot protect himself or his family. http://tinyurl.com/Splintered-Lives-J-Lewis
The Lives Trilogy Prequel, Taking Lives:
FBI Agent Pete Kelliher and his partner search for the clues behind the bodies of six boys left in various and remote parts of the country. Even though they don’t know one another, the lives of FBI Kelliher, 11-year-old Brett McGovern, and 11-year-old George Tokay are separate pieces of a puzzle. The two boys become interwoven with the same thread that Pete Kelliher holds in his hand. The three of them are on a collision course and when that happens, their lives are in jeopardy as each search for a way out. http://tinyurl.com/Taking-Lives-J-Lewis