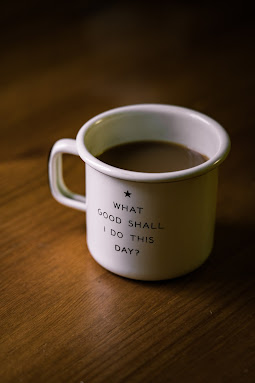 There is one memory of my father that stands out among all the memories I have of him. It is permanently etched in my brain, and I can tell you it causes me to think about my actions and my words to my kids and to anyone I come in contact with. At least I try. Sometimes I fail, but I try.

We were living in the house by the river. I know I was little and shared a bedroom and bed with my younger brother, Jeff. I don’t remember how many brothers and sisters were living at the house at that time, but I would wager a good number of the ten of us. Probably my older sisters had moved out and had gone to college.

I know I had never thought I had lacked anything growing up, but I had come to realize that we were poor. The guy at the little market where dad liked to shop gave us healthy discounts on what was purchased. He was a friend of my dad. A good guy.

Again, I was little, maybe first or second grade at the time. We had gotten ready for bed, probably in bed, and I had gotten up for some reason. I remember walking past my parent’s bedroom, and I saw my dad kneeling down at the side of the bed, praying. His head was down. His hands were folded. He had stayed that way for quite a long time.

I watched, mesmerized. The kids in our family were brought up to pray. We went to church each Sunday, 9:15 AM at Holy Angels, third or fourth pew in front on the left. Heck, we could have had our names carved permanently in the wood. That was our place, all of us, each Sunday. During Lent, we’d pray the rosary as a family on our knees in the living room. A long prayer and it wasn’t comfortable. Back then when I was little, I couldn’t wait for it to end.

And while we prayed before meals, hands folded, head down and eyes closed, and while my little brother and I prayed each night before crawling into bed, I had no idea that my dad prayed by himself at night. I don’t know why I didn’t know that. I don’t know why I hadn’t considered that. It should have been a given, I guess. But it honestly hadn’t occurred to me.

But there he was, on his knees, hands folded, head down, in prayer.

I remember sneaking back once or twice after and saw the same thing. My dad prayed. By himself, with no one watching . . . except for me from a distance in the dark. And it stayed with me all these years.

I wondered, and still wonder, if my kids know I pray. My routine is the morning. I have a devotional I read that contains a scripture passage and a thought, which is followed by a short prayer. It starts my day out. At night, I’m usually in bed and I go over what I did or didn’t do. My mind plays and trips over all the things I could-have-should-have-but-didn’t-do. You know that game, right? I think we all do.

But I don’t know if Hannah or Emily know I pray each day. I don’t think I gave them the example my dad gave me. That bothers me. Prayer and spirituality play an important role in my life, but I don’t know that my daughters, or Wil when he was alive, knew that. Yes, we went to church. Yes, my kids were all Baptized. Yes, my kids had their First Communion, and many others since.

It seems I left something out. They are older and have begun their own lives now. I reach out daily to them each morning and many times throughout the day, wishing them a good day. I do this with several of the kids I taught, or coached, or was counselor or principal for. But, do they know me in my spiritual life? Did I set an example for them? I wonder. Something I truly think about . . .

The edits and book covers for the Lives Trilogy and Prequel are progressing. I redid and/or tweaked Taking Lives, Stolen Lives, and Shattered Lives, and I will begin the redo and edits on Splintered Lives this week. I am thankful to BRW for their continued belief in me and in my writing. I will keep you posted as to when they might be available for purchase on Amazon and on Barnes and Noble.

I Received a New 5 Star Review and Author Spotlight!

You can find the Review here:

and the Author Spotlight here:

I have an author's website, in addition to my Facebook Author’s Page.
On it, I talk about writing. I introduce characters from my books. I release snippets from those books. I let you in on any interviews I have done. I will let you know of any events coming up for books sales and signings. Mostly, it is my way of reaching out to you so that you get to know my author side of life. You can find it at: https://jrlewisauthor.blog/
Other ways you can connect with me on Social Media:
Twitter at @jrlewisauthor
Facebook at: https://www.facebook.com/Joseph.Lewis.Author
Amazon at: http://www.amazon.com/Joseph-Lewis/e/B01FWB9AOI /
Betrayed: A Literary Titan Silver Book Award Winner! A Reader's Ready Recommended Read Award Winner!
A late-night phone call, a missing kid, a murdered family, but no one is willing to talk. A promise is made and kept, but it could mean the death of a fifteen-year-old boy. Seeing is not believing. No one can be trusted, and the hunters become the hunted. https://amzn.to/2EKHudx
Spiral Into Darkness: Named a Recommended Read in the Author Shout Reader Awards!
He blends in. He is successful, intelligent and methodical. He has a list and has murdered eight on it so far. There is no discernible pattern. There are no clues. There are no leads. The only thing the FBI and local police have to go on is the method of death: two bullets to the face- gruesome and meant to send a message. But it’s difficult to understand any message coming from a dark and damaged mind. Two adopted boys, struggling in their own world, have no idea they are the next targets. Neither does their family. And neither does local law enforcement. https://amzn.to/2RBWvTm
Caught in a Web: A PenCraft Literary Award Winner! Named “One of the Best Thrillers of 2018!” by BestThrillers.com
The bodies of high school and middle school kids are found dead from an overdose of heroin and fentanyl. The drug trade along the I-94 and I-43 corridors and the Milwaukee Metro area is controlled by MS-13, a violent gang originating from El Salvador. Ricardo Fuentes is sent from Chicago to Waukesha to find out who is cutting in on their business, shut it down and teach them a lesson. But he has an ulterior motive: find and kill a fifteen-year-old boy, George Tokay, who had killed his cousin the previous summer. Detectives Jamie Graff, Pat O’Connor and Paul Eiselmann race to find the source of the drugs, shut down the ring, and find Fuentes before he kills anyone else, especially George or members of his family. https://www.amazon.com/dp/B07CKF7696
Book One of the Lives Trilogy, Stolen Lives:
Two thirteen-year-old boys are abducted off a safe suburban street. Kelliher and his team of FBI agents have 24 hours to find them or they’ll end up like all the others- dead! They have no leads, no clues, and nothing to go on. And the possibility exists that one of his team members might be involved. http://tinyurl.com/Stolen-Lives-J-Lewis
Book Two of the Lives Trilogy, Shattered Lives:
Six men escaped and are out for revenge. The boys, recently freed from captivity, are in danger and so are their families, but they don’t know it. The FBI has no clues, no leads, and nothing to go on and because of that, cannot protect them. http://tinyurl.com/Shattered-Lives-J-Lewis
Book Three of the Lives Trilogy, Splintered Lives:
A 14-year-old boy knows the end is coming. What he doesn’t know is when, where, or by whom. Without that knowledge, the FBI can protect him or his family. And he cannot protect himself or his family. http://tinyurl.com/Splintered-Lives-J-Lewis
The Lives Trilogy Prequel, Taking Lives:
FBI Agent Pete Kelliher and his partner search for the clues behind the bodies of six boys left in various and remote parts of the country. Even though they don’t know one another, the lives of FBI Kelliher, 11-year-old Brett McGovern, and 11-year-old George Tokay are separate pieces of a puzzle. The two boys become interwoven with the same thread that Pete Kelliher holds in his hand. The three of them are on a collision course and when that happens, their lives are in jeopardy as each search for a way out. http://tinyurl.com/Taking-Lives-J-Lewis