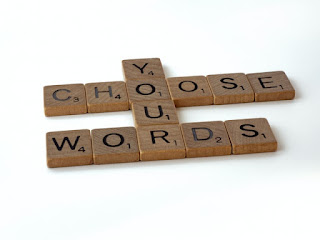 As a writer, I am careful and deliberate when it comes to what I write. I think all writers are. What I place on paper, what I choose to have a character say, and where I choose to have the character say it are deliberate choices. The are decisions I make that help the reader get emotional, and sometimes physically, involved in what I’ve written. There is an old adage that goes like this: No tears in the writer, no tears in the reader. I have to feel it first before you, the reader, feels it. If I don’t, you won’t.

Phyllis Whitney said, “Good stories are not written. They are rewritten.” And Shannon Hale writes, “I’m writing a first draft and reminding myself that I’m simply shoveling sand into a box, so that later, I can build castles.” Writers are reminded all the time that no one ever sees the first draft of anything, and no one cares about the first (or second or third) draft- only the final product.

Each of my stories contain life examples. Many of these life stories come from the kids I’ve worked with over the years. I’m simply retelling what was shared with me in the classroom, the locker room, the hallways, the counseling office. So, what Brian, George, Brett, or Bobby (some of the characters in my books) are thinking, saying or doing, you can pretty much bet that there have been kids I’ve heard or watched doing the same thing. I think that lends a “realism” to each of my books.

As careful as I am with my writing, there are times when I’m less careful about what I say. Admitting that pains me, but it is the truth.

There are times when I say something that I think is funny and harmless, but what I say ends up hurting someone’s feelings. That hurts me as much or more than it hurt the recipient. I honestly try not to let my emotions interfere with my words, my actions, or my judgment, but I admit I am human. I make mistakes. There are times when I’ve let my emotions get the best of me. I cause friction, hurt, and fail to live up to my own expectation to lift someone up rather than push someone down. Correcting that mistake is often a humbling experience, but a necessary one nonetheless.

What bothered me, actually haunts me, is that words were said that pushed and pulled people to act in such a way as to hurt others. Five people died. There was damage to a public building. Things were stolen. People got arrested. Some got fired from their jobs. Others might end up resigning in shame or anger.

But the words that were used to spur action were deliberate choices. They certainly weren’t intended to lift up. They certainly weren’t intended to create peace. The words chosen were deliberate. And those deliberate choices of words had, and will have, consequences that reach far beyond the two or three minutes it took for those words to be uttered, and the four or five hours it took for the death and destruction that occurred.

I realize people make mistakes. I realize that people act in emotion rather than in thought. I realize that, because I have done it and probably will do it in the future. Probably yet today. And again, it pains me to admit that. But I know I am human.

It saddens me when leaders urge, or at the very least, support violence. It’s wrong. If words are meant to hurt or harm others, that is wrong. There is no other way to state that. No other way to think about that.

We need to do better. We need to act better. And, our words need to be better. I am on the backside of life. But my kids and your kids have a lifetime ahead of them. We need to do better, not only for ourselves, but for them. Our words have consequences. Our actions have consequences. Consider for a moment what you are saying now, what you are thinking of doing now or in the future. Will my children, and their children, be proud of it? Will what you say and what you do, what you are saying and what you are doing, make them better people? Will what you say and what you do make this world a safer and better place to live for you? For your children? For those you love and care about? Something to think about . . .

Live Your Life, and Make A Difference . . . a Positive Difference, please!

Spiral Into Darkness: Named a Recommended Read in the Author Shout Reader Awards!
He blends in. He is successful, intelligent and methodical. He has a list and has murdered eight on it so far. There is no discernible pattern. There are no clues. There are no leads. The only thing the FBI and local police have to go on is the method of death: two bullets to the face- gruesome and meant to send a message. But it’s difficult to understand any message coming from a dark and damaged mind. Two adopted boys, struggling in their own world, have no idea they are the next targets. Neither does their family. And neither does local law enforcement. https://amzn.to/2RBWvTm You can watch the book trailer at https://youtu.be/PrDxfbfqV_8
Caught in a Web: A PenCraft Literary Award Winner!
The bodies of high school and middle school kids are found dead from an overdose of heroin and fentanyl. The drug trade along the I-94 and I-43 corridors and the Milwaukee Metro area is controlled by MS-13, a violent gang originating from El Salvador. Ricardo Fuentes is sent from Chicago to Waukesha to find out who is cutting in on their business, shut it down and teach them a lesson. But he has an ulterior motive: find and kill a fifteen-year-old boy, George Tokay, who had killed his cousin the previous summer.

Detectives Jamie Graff, Pat O’Connor and Paul Eiselmann race to find the source of the drugs, shut down the ring, and find Fuentes before he kills anyone else, especially George or members of his family. https://www.amazon.com/dp/B07CKF7696  You can watch the book trailer at https://www.youtube.com/watch?v=xd3YdNv_ayQ

Book One of the Lives Trilogy, Stolen Lives:
Two thirteen-year-old boys are abducted off a safe suburban street. Kelliher and his team of FBI agents have 24 hours to find them or they’ll end up like all the others- dead! They have no leads, no clues, and nothing to go on. And the possibility exists that one of his team members might be involved. http://tinyurl.com/Stolen-Lives-J-Lewis
Book Two of the Lives Trilogy, Shattered Lives:
Six men escaped and are out for revenge. The boys, recently freed from captivity, are in danger and so are their families, but they don’t know it. The FBI has no clues, no leads, and nothing to go on and because of that, cannot protect them. http://tinyurl.com/Shattered-Lives-J-Lewis
Book Three of the Lives Trilogy, Splintered Lives:A 14-year-old boy knows the end is coming. What he doesn’t know is when, where, or by whom. Without that knowledge, neither he nor the FBI can protect him or his family. http://tinyurl.com/Splintered-Lives-J-Lewis
The Lives Trilogy Prequel, Taking Lives:
FBI Agent Pete Kelliher and his partner search for the clues behind the bodies of six boys left in various and remote parts of the country. Even though they don’t know one another, the lives of FBI Kelliher, 11-year-old Brett McGovern, and 11-year-old George Tokay are separate pieces of a puzzle. The two boys become interwoven with the same thread that Pete Kelliher holds in his hand. The three of them are on a collision course and when that happens, their lives are in jeopardy as each search for a way out. http://tinyurl.com/Taking-Lives-J-Lewis