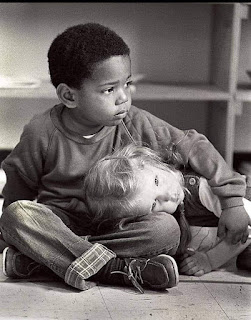 I have been in a rather nostalgic mood lately. I find it happening more so as I get older, especially around holidays. I remember over our Christmas break standing in front of the game closet with Emily. We were looking for a game to play as a family. I began to weep. Em asked if I was okay and I lied and said I was. No, I wasn’t. My heart ached.

I remembered how Hannah and Em would play this game or that game. How we would laugh and sometimes complain. A competitive bunch we are. Mostly, the stories and being together. But I wept because so much of that doesn’t happen any longer. Hannah and Alex have their lives, and Emily and Q have their lives, and mostly, it’s Kim and me. How I long for those days when Em would crawl up on my lap and nap. How Hannah and I would stop for breakfast on our way to school. Our routines. Our memories. Maybe just my memories.

I wrote a book, Spiral Into Darkness, about a serial killer. I started with the questions, ‘How does one become a serial killer? Are they born that way or is there a trigger that causes one to become one?’ In that same book, a thread of a storyline ran through it about family: what makes a family? Born? Adoption? Does Adoption somehow “ruin” a family? In that same thread, I have a character beginning to wrestle and struggle with sexuality. I’ve taken some “hits” with reviewers about that, but having worked with kids for 44 years, listening to their stories in the locker room or the counseling office, I understand, I think, what makes kids tick. Or at the least, what makes some kids tick. I’m not an expert and don’t claim to be. Just one guy who has been around and who has listened and watched.

More recently, I look at some of the hatred my fellow Americans have for one another. One group espouses hatred and intolerance of black people, brown people, Jewish people. I believe these fellow Americans have always been there. Next door. Down the street. In the supermarket. In positions of leadership. The priest, minister, the custodian, the mailman.

They’ve become more vocal, more out in the open.

The picture I chose for this post was purposeful, just like the other photos I used for my other posts. I don’t know who took this picture, but the story behind it is that the kids were being read to by their teacher. The little girl was tired and without asking, she leaned over and used the leg of the little boy sitting next to her as a pillow. The little boy placed his arm on the little girl’s shoulder. Protective, maybe. Maybe just resting his arm. No words were exchanged by either the boy or the girl. It just happened.

The little girl didn’t look at the boy and say, “You’re black. I can’t rest my head on your leg. I shouldn’t even be sitting next to you.” No, she simple rested her head on his leg without asking, and the boy let it happen and protected her in doing so.

I remember when Emily was quite young, Wil, our son, explained to her that he was adopted by us. She didn’t understand what adoption was. She just “knew” that Wil was her brother, and that some families have “brown” kids. We laugh about it now, but Emily didn’t see color. She saw only Wil, who was her brother. It wasn’t until Wil explained to her that he wasn’t born of Kim and me, but adopted and came to live with us as a family, that she understood what adoption was.

Kids learn from each of us. Our actions. Our attitudes. Our words. They watch. They listen. They learn. Our children become us. Our children are us.

My question to you is, who do we want our children to be? What type of adults do we want them to become? They will, after all, inherit our world and all that is right . . . and wrong . . . with it. They will arrive in their thinking, their choices, their decisions having learned from us, the adults- their parents, their teachers, their significant others. Yes, they will go about life their own way and in their own time, but for a significant portion of their lives, they are taught, and molded, and formed by us. Are you happy with what and how you taught your children? Are you happy and proud of them becoming you, us? Something to think about . . .

Spiral Into Darkness: Named a Recommended Read in the Author Shout Reader Awards!
He blends in. He is successful, intelligent and methodical. He has a list and has murdered eight on it so far. There is no discernible pattern. There are no clues. There are no leads. The only thing the FBI and local police have to go on is the method of death: two bullets to the face- gruesome and meant to send a message. But it’s difficult to understand any message coming from a dark and damaged mind. Two adopted boys, struggling in their own world, have no idea they are the next targets. Neither does their family. And neither does local law enforcement. https://amzn.to/2RBWvTm  You can watch the book trailer at https://youtu.be/PrDxfbfqV_8
Caught in a Web: A PenCraft Literary Award Winner!
The bodies of high school and middle school kids are found dead from an overdose of heroin and fentanyl. The drug trade along the I-94 and I-43 corridors and the Milwaukee Metro area is controlled by MS-13, a violent gang originating from El Salvador. Ricardo Fuentes is sent from Chicago to Waukesha to find out who is cutting in on their business, shut it down and teach them a lesson. But he has an ulterior motive: find and kill a fifteen-year-old boy, George Tokay, who had killed his cousin the previous summer.

Detectives Jamie Graff, Pat O’Connor and Paul Eiselmann race to find the source of the drugs, shut down the ring, and find Fuentes before he kills anyone else, especially George or members of his family. https://www.amazon.com/dp/B07CKF7696 You can watch the book trailer at https://www.youtube.com/watch?v=xd3YdNv_ayQ