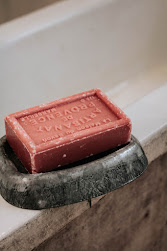 In my early adult life, I liked to watch 60 minutes. Not the newest one- nothing against it, really- but the older ones. Walter Cronkite, Charles Kuralt, Roger Mudd, Eric Sevareid, Bob Schieffer, Mike Wallace, Morley Safer, Ed Bradley, Dan Rather. Some left, others retired. Sadly, some passed away. Others took their place. Eventually, they added female reporters. Diane Sawyer was the first. Lesley Stahl, and others followed. Took a while.

Charles Kuralt had a Sunday morning show that gave me peace. His slow conversational style. His easygoing laugh. The beautiful cinematography. Sometimes music was added, but more likely than not, he let nature provide the soundtrack. Loved it. Hardly missed it. Was sad when he left the show and passed it on to someone else. I don’t even remember who, but I know I stopped watching it. No one could take Kuralt’s place at the helm.

One of my favorites on 60 Minutes was Andy Rooney. Mostly, they would film him sitting behind a cluttered desk and in front of a cluttered bookcase. And he would talk in a high, nasal, whiny voice. My mom would call him cantankerous. I would call him amusing, if not downright funny.

He could turn any mundane topic into something of interest, and more times than not, there would be a point. Sometimes subtle. Other times in your face. Not sure how he got away with some of his comments. Irreverent. Like your favorite uncle with his thick, forest-like, bushy eyebrows.

There was one episode that both amused me and caused me to think. It was about soap.

Rooney talked about how he loved the newness of a bar of soap. The feel of the edges. The look and feel of the lettering on the bar. He said he felt disappointed when the name on the bar of soap would disappear, when the edges became rounded and smooth. Rooney complained that soap companies and shower companies were in cahoots because the shower head always seemed to aim at the soap notch in the shower wall and cause the soap to melt away too quickly. He said that if he were wealthy, he would throw out each bar of soap as soon as the lettering wore off.

Such a mundane topic. Inconsequential, really. Still, I remember it after all these years, and this morning, it got me thinking.

I think each of us have edges. Upon birth, there is, obviously, a newness to us. It is only through time and experience that our edges, our lettering, is worn off. Some of the experiences make us smoother. Like a used bar of soap, we become easier to handle. Friendlier to others as they come in contact with us and we with them.

However, there are other experiences that wear off the edges and our lettering. Some rather hurtful and unpleasant experiences. Perhaps people come into contact with us and work on and at us to meet their own expectations. We become “one of them” and like the bar of soap that loses its lettering, we lose who we are.

Careless words. Thoughtless actions. Being taken for granted. Being used over and over.

We lose our edges. We lose our lettering. The newness is replaced by sameness, by oldness.

Some recent posts include:
-        The Book Description and Book Trailer for Caught in a Web
-        The Importance and Use of Setting
-        Meet Brian, One of My Characters!
-        Meet George, One of My Characters!
-        A Recent Author Interview
Other ways you can connect with me on Social Media:
Twitter at @jrlewisauthor
Facebook at: https://www.facebook.com/Joseph.Lewis.Author
Amazon at: http://www.amazon.com/Joseph-Lewis/e/B01FWB9AOI /