For Those with an Empty Chair 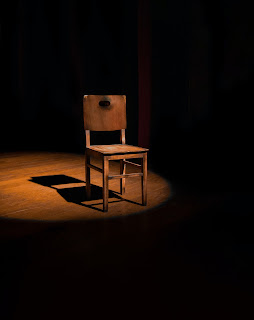 By any measure, this Christmas season was one of the best for our household. Emily’s engagement to Q was a highlight. Em and Q, Hannah and Alex, Kim and I celebrated for several days together. Eating, laughing, talking, reading, watching movies. Loved every minute.

Each year, we talk about how we need to get each other less, yet the gifts under our tree, and the gifts, peace and love in our hearts, seem to grow. And that’s the way it should be, I guess. I feel that’s the right way to go.

But I am aware that for many, this Christmas season was one of pain and frustration. Those stranded in airports who couldn’t get to see loved ones. Those in airports who were visiting can’t get home. Those who were traveling can’t get their luggage back or, for some, don’t even know where it is.

I think of the ongoing, thoughtless and illegal war in Ukraine. The constant shelling. The bombs and rockets blasting away at their power grid, leaving many in the dark and cold, without food or water.

I think of those who got sick and are in the hospital, unable to be with their loved ones or celebrate the season as they would have. Sometimes alone, in pain, worrying.

And I think of those who had an empty chair where someone, gone, lost, passed away, would have normally sat enjoying the moments we take for granted. An empty chair. Someone taken- at any age- well before they should have been taken. Gone. Lost smiles. Lost laughs. Lost moments and thoughts and conversation. All lost. Only to be remembered by fading pictures and not-so-fading memories.

Moments seep to the surface and we try to ignore- for our own good and the good of those celebrating around us. And we move on as best we can. As best we can.

I think that’s what happens to those of us who experience loss. We get up, we breathe, we put one foot in front of the other and we move and don’t stop. We get up the next morning and repeat it. Over and over. We live with it. We deal with it. At times, we feel the loss coming on, and we fight back by keeping ourselves busy and we try not to think about it. At other times, we give in and we let that wave wash over us, hoping we don’t drown.

For as many, many reasons as this season of Christmas was glorious and still makes me smile, there are reasons, a few, perhaps many, that for some folks, the candlelight was a bit dimmer than it should have been.

As we pack up our ornaments, put away the lights and decorations, and take out the tree, let us remember the ones with the empty chair. Let’s bow our heads and give them a thought, say a prayer that they, too, may have joy and peace. Something to think about …

Start out the New Year with a New Book! Inexpensive, and a good story lasts and will stick with the reader throughout life. Hint: I have nine available, and I hope you gift someone with one of my books.

Use code PREORDER2023 to receive a 15% Discount. If you head over to my author website at www.jrlewisauthor.blog/ you will find the cover to Fan Mail, along with the book trailer, and the first two chapters to preview. You can also PREORDER the Kindle Version on Amazon at: amzn.to/3WBbRps