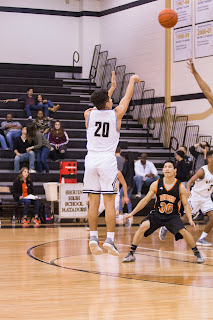 In the 1978-79 season, my third year as a head varsity coach, I coached a group of young men who were farmers and ranchers. They knew what it meant to do hard work. They were determined, intense, and gifted. We might have had a loss or two, but that was it.

Shortly after the Christmas holidays, we traveled to Burns, a class B school (we were class C- smaller). At the half, we were down by just under twenty points. It was a miserable offensive and defensive performance. Nothing going right. We couldn’t shoot, got beat up on the boards, and our defense looked more like the ‘de fence around the house’.

After the half, I did the unthinkable.

We were a solid man-to-man team. Aggressive. Trapping everywhere. Run and gun type of offense, especially after a steal or rebound.

I chose to have the kids play zone, and dare Burns to hit from the outside. I figured it would help our rebounding and if we put front side pressure on the ball, that might do the trick.

For some unknown, ungodly reason, it worked. It made no sense to me then, and it didn’t make sense to me now. To go into a zone against a team that had been shooting super well doesn’t make sense. Some parents shook their heads, and there were catcalls. But we stuck with it.

Burns went stone cold. The zone improved our fastbreak and our offense. It certainly helped our defense.

By the end of the game, we won by 33 points. Yes, you read that right. From a deficit of just under twenty to a 33 point advantage, we did it. Just by going to a zone.

I’ll come back to this in a minute …

The Daytona 500 is a yearly car race, one of the biggest. It’s 500 miles, and 400 laps around a tight oval. Cars and drivers decked out in their gear looking like walking or motorized billboards.

Just like our basketball game against Burns, the game wasn’t over at halftime. We still had a second half to play. And at the final buzzer, we finished 33 points above our opponent, and won the game.

In race car driving. In basketball or any other sport. Whoever finishes first, wins.

Each year I coached, kids wanted to be a starter. To have their name called out at the beginning of the game to the cheers of the crowd. There is a certain amount of prestige in that. I get it. But what was more important to me was the first man off the bench- my sixth man. He was the guy who had to come into the game and either light a fire or put a fire out. Besides my point guard (the coach on the court), the sixth man was the MVP of my team. It was a hard sell, but by the time I finished coaching, I had kids honored to be named Sixth Man.

But even more important than that, were the five guys who finished the game. Sometimes they started, but many times, they were subs. Yet, they finished. They were on the court when the final buzzer went off.

In life, we live and make mistakes. We change course. We travel on a path- sometimes smooth and well-laid out. Other times, rocky and rough. But we make our way. Some of us will live a long time, while others have their lives cut short. Yet, each of us finish our own race, and each of us walk our own path to the end, whenever that end comes. Nothing wrong with that. In fact, everything is right about that. Everything. We will be judged by the kindness we showed, by the persistence with which we lived, and by the help we gave to others along the way. Just like in the Daytona 500, it doesn’t matter if you are lagging behind. Just like in basketball, it doesn’t matter if you stunk up the court for three quarters. It doesn’t matter if you’re the first to walk the path or the last. It’s the finish that matters. Something to think about …

Books make wonderful Christmas presents! Inexpensive, and a good story lasts and will stick with the reader throughout life. Hint: I have nine available, and I hope you gift someone with one of my books.