A Couple of Thoughts 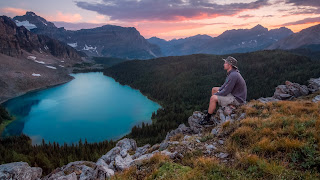 As a basketball coach, I admit I was more animated than many other coaches. I was a yeller and screamer, and I directed the game from the sidelines. My assistant coaches, Dan, Mark and Tim, were much more calm than I was. Thinking back on my antics on the sideline, I’m embarrassed. And honestly, it was one reason, probably the main reason, I got out of coaching. I didn’t like who I became. It really wasn’t me. I embarrassed myself as much or more than anyone. Successful, sure. At least in terms of record and accomplishments. But successful when measuring how I handled myself and the kids, I was an abject failure.

Yes, I am intense and passionate. In my writing, in love and care and concern for my family and loved ones. I think there are times and places for intensity and passion. Just not all the time, twenty-four-seven.

I watched an interview where Robert De Niro spoke about being calm. I am paraphrasing badly, but he said it never pays to get too excited, because the only place you go from there is disappointment. You can’t go too far up, without at some point dropping down. And he continued by saying, you cannot allow yourself to get too far down, because at some point, you will rise. One cannot happen without the other.

I’ve written before about waves and troughs, and peaks and valleys. We’ve all been there, haven’t we? As many times we have success, we also fail. The trick is to stand up each time, continue on our journey, and as De Niro said, Stay Calm.

The other thought I had is somewhat related to the above. It is about being kind.

Be kind whenever possible, and it is always possible. Always. It doesn’t cost you anything to be kind to someone else.

When you recognize someone in a valley, when someone has fallen down, help by lifting them up. That is kindness. You can go on your way after, but take a moment to lift up. A kind word or gesture. Maybe just to be with someone in silence until they can gather themselves to take a step.

As a principal, I’ve had teachers and staff members and some central office folks who would stop in and say hello, but then ask for permission to just sit and gather themselves. I get it. I’ve been there myself. I’ve sought places to sit quietly, or times to take a quiet walk, or sought people I know I can be with or be around and not be judged for it.

Be That Person! Be kind!

There is no cost involved. Kindness doesn’t cost anything. It can only help. Imagine what our world might be if we were kinder to those around us- and kinder to ourselves? We need that. We all need that! Something to think about …

My newest book, Fan Mail, is Available for Preorder at https://www.blackrosewriting.com/thrillers/fanmail