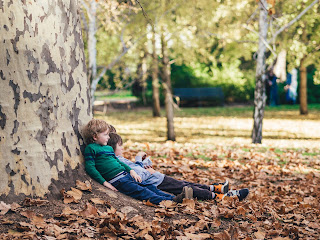 When we had moved from Wisconsin to Virginia, our daughters, Hannah and Emily, lobbied hard and heavy for a dog. It didn’t need to be a puppy, but they both wanted a dog.

They reasoned that since we moved, a dog would help. Hannah went online and found a dog for sale. She plastered pictures of the dog everywhere: on the refrigerator, in the refrigerator, on our bathroom mirror, on doors, in cupboards. Name it- a picture of the dog could be found. There was conversation. There were pleas, and a fair amount of bargaining took place.

Both Kim and I grew up with dogs. I knew Kim wanted one, though she didn’t voice an opinion one way or the other. But she knew I did as well.

We relented. We drove to pick up Bailey and paid the person $50. Not much when it came to dogs, especially a Golden Retriever.

We put her in the car and Kim and I didn’t know Bailey was going to last. We could see her ribs. She was quiet, a little shy. Seemed friendly, though certainly not outgoing. Worse, Kim and I could see she was malnourished and we could see her ribs. We didn’t mention anything to the girls, but both of us wondered how the girls would react if Bailey passed. We figured maybe two weeks, tops.

The person who gave us Bailey told us she was turned over to her by a Turkish military couple and she suspected the dog wasn’t treated well. A lot of yelling, at the least. Not much care. Not much love.

But Hannah and Emily, and Kim and I loved her. In time, Bailey understood we were a much different family than she was used to. It took her a good two months before Baily even barked, and that was because she wanted table scraps. Until then, we thought she was mute. We never heard a noise coming from her.

It didn’t take long before Bailey picked a favorite. While the girls and I loved her and treated her well, Bailey and Kim bonded. Bailey became Kim’s dog. (It should be noted that any dog we ever had, Kim was the favorite.)

It all began with Hannah and Emily asking, pleading, and begging. The cute pictures plastered all over didn’t hurt the cause, either.

Eric Church has a song, Some Of It. That song happened to be the last graduation song I sang to my graduating seniors in 2020. In the song, he has a lyric:

and God ain’t a wishin’ well.’

Church certainly got it right about God. You can ask, but one of three things might happen: a yes, a not right now, a no. And generally, the no comes with an “I have something better for you.”

But as for mom not being a shrink, I can tell you the girls (and I) get measures of wisdom from Kim. Sometimes, merely her listening to us yammer on is enough. As for me not being a bank, well, I admit we’re not the wealthiest of folks. I’ll never compete with the likes of Musk or Bezos, but we’ve done pretty well. And there are times when Kim and I have done without, so Hannah and Emily and Wil could ‘have.’ Many parents do that. We all do that, and I’m certain that Hannah and Emily will do that for their kids. Parents do that. I know I certainly tried to do that.

Parents also say “Yes,” or “Not yet,” or “No,” but almost always, we try to do better for our kids, don’t we? To me, that isn’t spoiling them, it’s loving them. It’s in the job description of being a parent. Something to think about …

My newest book, Fan Mail, is Available for Preorder at https://www.blackrosewriting.com/thrillers/fanmail  Use code PREORDER2023 to receive a 15% Discount. If you head over to my author website at www.jrlewisauthor.blog/ you will find the cover to Fan Mail, along with the book trailer, and the first two chapters to preview.

Blaze In, Blaze Out received the Best Action Fiction of 2022 Award by Best Thrillers! I can’t possibly express how happy and humbled I am to receive it.