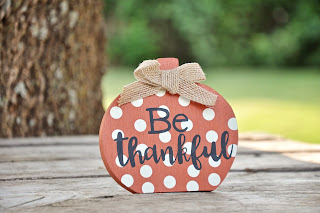 This has been a wonderful end of 2022 and a wonderful beginning of 2023. It has exceeded all my expectations, and it makes me wonder what other joyous events and circumstances might be headed my way.

That’s not to say there won’t be down spots and troubling events, but I’m still smiling and I will still smile. That’s how I’m built.

Our youngest daughter, Emily, got engaged to a super young man. He’s been in Em’s and our life for about five years already, so it really didn’t come as a surprise. He asked us several months before he asked Emily, so we knew it was coming. Our daughter, Hannah, and her husband are expecting their first child, a boy, who will be our first grandchild. To say I’m excited is an understatement. Kim and I had joked that their two dogs and Emily’s one dog were our grandchildren, so while we love Teddy, Chip and Macey, it will be nice to welcome and love our first grandchild. Did I say I was excited? Um, yes, I think so.

March 30th, my ninth book, Fan Mail, is published. It is available for preorder now, and I am thrilled, yet humbled by the advance reviews it has received. It already won a Literary Titan Silver Book Award, and like I said, the reviews so far have been so good and so humbling. It is different from my other books, because it is a coming-of-age story wrapped in a tight thriller. No blood and guts or dead bodies. Well, that’s not quite correct. There is some blood, some guts, and some very tough and touching moments. But no dead bodies.

About a month ago, I had a conversation with Emily, who has begun her work as a therapist at a nonprofit. She is a clinical social worker and has taken on some difficult cases. She called because one of her cases troubled her. I can’t and won’t go into details- confidentiality and all, and she never shared much, only the bare minimum. But she wept because she cares and wants to do right by her people, as she calls them.

We talked, and I shared some of my tougher cases I had as a teacher, counselor, and administrator. She asked me, “How do you not let it get to you? How do you do that? You’re so positive.”

I’ve thought about that conversation a great deal and I think I have an answer. The answer might not “fit” everyone, but it fits me, so I thought I’d share it.

I think first, over time and through experience, I have been able to compartmentalize parts of my life. My writing self is different from my work self, is different from my teacher-counselor-administrator self. It has to be. When our son, Wil, was shot and killed in July of 2014, I still had a family to take care of, a school to run, and kids, parents, teachers and staff I had to work with. I grieved, perhaps not fully (do we ever grieve fully?), but I took care of myself as I took care of others.

But I also learned a few things about myself and about life that has helped me deal with big, tough, hurtful events as they arise.

I have a roof over my head, food to eat, a wife who kinda-sorta loves me (he said jokingly), and two kids, a son-in-law and a young man will soon be a son-in-law. I have a part-time job doing what I love doing- working with kids in a setting I enjoy immensely. I write stories that allow me to express myself while I have fun doing it. I’ve won almost twenty awards along the way and have earned critical acclaim. How can I not be grateful?

How can I not be? There has been so much beauty in my life, so much good. Sure, there have been some ugly moments, stupid decisions I’ve made, or that were made for me, but I’ve learned and grown from them. I have a steady income, I’m not on the street and I have friends who care about me, and a family and wife who love me. How can I not be thankful?

And I think my being grateful and thankful is based and rooted in my faith, my spirituality. It may sound corny and unmodern. It may sound that I’m not “with it” but being grateful and thankful has made me wise. Wise enough to know that there is a God who loves and cares about me, who has forgiven me, and who looks out for me- if I let Him. That’s the key for me. I can’t do it for myself, and I can’t do it by myself. I trust because I have faith. I have faith, because I believe. I think this has made me wise, and it is why I have a smile on my face and a lightness in my heart. And as Emily said, it’s why I can be, and am, positive. Something to think about …

Start out the New Year with a New Book! Inexpensive, and a good story lasts and will stick with the reader throughout life. Hint: I have nine available, and I hope you gift someone with one of my books.

My newest, Fan Mail, just won a Literary Titan Silver Book Award, and is Available for Preorder at https://www.blackrosewriting.com/thrillers/fanmail

Use code PREORDER2023 to receive a 15% Discount. If you head over to my author website at www.jrlewisauthor.blog/ you will find the cover to Fan Mail, along with the book trailer, and the first two chapters to preview. You can also PREORDER the Kindle Version on Amazon at: amzn.to/3WBbRps