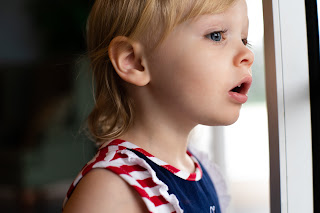 My background is psychology and counseling. The last years of my teaching before I became a counselor was spent teaching psychology entirely. I wrote the curriculum for it centered on having the students answer two questions: Who am I? and Why am I? Each activity we did in class was geared around answering those two questions.

The culminating project for each student was for them to choose one of the personality theorists and describe their life from early on to the present day. It was as much fun for parents as it was for the kids. I remember one mom came to me in a grocery store one day after her daughter had graduated and with tears in her eyes, thanked me for having her daughter do that project. She still had it and considered it a keepsake.

This past weekend end, Kim and I dog sat. We had our two, Daisy (golden retriever) and Stella (lab, beagle mix), both rescues, along with Hannah’s and Alex’s two dogs, Teddy (golden retriever) and Chip (a rottweiler and shepherd mix, and a rescue). Stella is the oldest, and I think of her as Gladys Kravitz, the nosey busy-body neighbor on the old Bewitched TV show. All four get along, though Chip and Stella have developed a tolerance of each other. Chip leaves Stella alone and vice versa.

It was interesting watching them interact, or not, as the case may be.

I was reminded of something I picked up in one of my undergrad psychology classes. We studied Niko Tinbergen, a Dutch biologist and ornithologist, who spent a significant part of his life, and earned a Nobel Peace Prize, studying organization and elicitation of individual and social behavior patterns in animals.

Tinbergen was asked to consult on a child who didn’t speak. Not that he couldn’t speak. Just that the child didn’t speak. The mother mentioned that she wanted to know what he was thinking and wished he would talk. Tinbergen smiled and said something like, “I’m happy he doesn’t. We can find out the truth of what he is thinking by observing.”

So, I watched the dogs interact with each other, and with Kim and me. Chip and Daisy played constantly. Teddy demanded his share of pets and would wedge his way in between the dog Kim or I was petting, so he would get his pets, too. Stella was Stella. She would observe from around the corner or from a distance, just like Gladys Kravitz. Not sure whether or not Stella approved, but she was content to watch from a distance.

More than once, I wondered what she and the other three dogs thought, and I thought of Tinbergen.

I was reminded of that as I observe the kids in my classroom. Some work diligently: head down, nose into it, and they don’t come up for air until the bell rings. Some work in intervals: not constantly, but will work for a time, then check their phone or stretch or look around the room or grab a book and read, only to go back and work on their computer. There are some who sleep without actually working. Using my computer, I can see if they are on pace or ahead, so I let them sleep. Others, if they are behind, I wake them up and they work for a small amount of time, only to rest their chin on their chest or their head on the table and nap.

I watch and listen and observe. I wonder what is going on in their home life that causes them to come to school with bedhead, without deodorant, or without sleep. I wonder if they get enough to eat. We have sixteen school days left and I wonder what the summer will bring to or do for them.

I engage them in conversation. I ask how they are doing or what their plans are. I listen and I watch, and sometimes, most times (I think), like Tinbergen, we get the truth by observing, and not what they say. Kids are protective of themselves. Their antenna is up and they observe and listen as much as I do. They know sincerity when they see and hear it. They know who is genuine and who is not. Don’t we all! Something to think about . . .

I finished the edits on my ninth book, Fan Mail. I wrote the dedication, the author’s notes, and the synopsis/book blurb. It differs from the other books I’ve written. It is more coming of age wrapped in a thriller. It is longer than my other books, but it was fun and satisfying to write. Like I have done in some of my other books, I laughed out loud and wept in spots as I wrote it. It will tug at your emotions and will cause you to reflect.