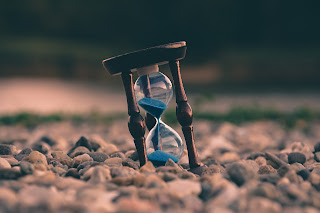 When my dad was retired on disability and after they moved to Fond du Lac, WI to be closer to his doctor, he had a load of time on his hands. He worked feverishly for years as a designing engineer. Sure, there were brief vacations and weekends were off as were holidays, but with no real hobbies or work to do, he had time on his hands.

Before he got really sick, he rode the bus exploring his new city. I think of that and I can’t help but feel sad. Mom didn’t ride it with him. He was by himself. He and mom were removed from their many friends in West Bend, the town they lived in for my childhood and early adulthood. They didn’t really know anyone. One of my brothers and one of my sisters lived in town, but they had their own lives. Dad didn’t really have anyone.

My brothers, Jack, Jim, and Jeff, are all retired. Jack spends his day with exercise, reading, playing games on his computer, and watching movies. Jim owns an RV park, and the maintenance keeps him busy, along with his wife, daughters, and grandkids. Not sure what Jeff does, as his retirement is more recent. I know there were some home repairs and such. I know his sons and step-daughter live nearby. My brothers seem happy and content. Satisfied.

For the first time in the last twenty-four years, I am doing nothing this summer. No job to drive off to. No actual work to be done. Don’t have to set the alarm, though I try to get up by seven.

I went on a walk this morning for the first time since I had my knee scoped. Felt good, though the temp was hotter than I expected. I’ll have to get out earlier. Walking is something I want and need to do. There is a gym about a mile or two away. They have a deal on memberships, so I might drive over, take a tour and see if that is something I want to do.

There is so much, and there is so little. On one hand, you look at the overall number of days in the summer and it seems like a lot. Yet, time is precious, and it cannot, should not, be wasted. Time, like wine or a good dessert, needs to be savored.

But for the first time in twenty-four years, I don’t have much to do. We have a wedding to go to. Traveling to Wisconsin is always fun, and seeing family and some friends again are always good things to do. We have a family vacation to the beach planned. But other than those two bookends, there is unaccounted for time.

I’m not going to be like my dad and ride a bus all over the county. I might be a little slower these days, but I’m not disabled. I’m still active, though the pace might be slower. My mind is still sharp. At least I think it is. And again, I have my writing I want to do. Characters to explore and develop, throwing them into mayhem and having them chase down blind alleys.

There will need to be a balance. I get that. But for the first time, I get to set my pace, my goals, my work, my boundaries. I have time. And time is both a wonderful thing, and a scary thing. It needs to be domesticated and become my friend. Not sure how to go about that, but I’m looking forward to the opportunity, even if I am a bit nervous. I’ll manage. I always seem to. I think.

Something to think about . . .

I finished the edits on my ninth book, Fan Mail. I will let you know the publication timeline of it as I find out. Meanwhile, below are my other books for your enjoyment.