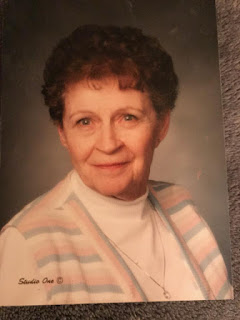 I’ve been blessed to have strong women in my life. A mother and six sisters. Of the six sisters, four of them are or were nurses. Two went into education. Through it all, there was a mother who did her best with what she had, and a past that was haunting, at least by her account.

Ten of us all together. The first four or five born were about 18 months to two years apart. Always one or two in diapers, and they weren’t the disposable ones, either. Mounds and piles of laundry. One income- my dad’s.

There was never enough food or money to go around. Often, both mom and dad made sure we had enough to eat, while they didn’t. Saturday was baking day. Homemade bread and rolls. Maybe a pie or two. And of course, laundry.

My dad busied himself with the Knights of Columbus and the Squires. He was one organizer of the local Big Brothers, Big Sisters chapter in the city. All of his time away, left mom to deal with us.

At one point, mom suffered an undiagnosed breakdown. I was little at the time and didn’t understand it. I still don’t. My memory of it is foggy, and I’m lucky it is. No need for me to remember that. There were other awful memories that are best kept private. Safe to say my brothers and sisters and I are products either because of or despite our upbringing. That’s the way with all families. I choose to remember and write about the good and the positive.

Mom lived to be 99 years old. She hung in there to see all her kids marry and have children of their own. A tough life, but a good life. A life well lived as best she could.

Because our family was so large, and because my mom needed help with those of us at the tail end of the Lewis line, we had a charge system. One of the older ones took care of one of the younger ones. My “charge” was my sister, Betty. 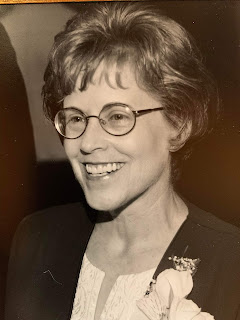 It was Betty who bought me my first day of school outfit. I spent weekends with her and with her husband. I am the godfather to their daughter, Nadine. She took me to movies, bought me ice cream and hamburgers. Later in life, my own family spent more than one Christmas with Betty and her family. There isn’t enough positive I can say about her.

Betty was the smallest of our family, standing four-foot-ten-inches in her nurse’s shoes. But in my mind, she was so much larger. She worked as an ER nurse, a surgical nurse, and a visiting nurse. I picked up her penchant for worrying, but I also think I picked up her compassion, her caring, and her sense of humor.

She loved to tell stories, especially those that poked fun at herself. She would often end up laughing well before the punchline or the story was finished. She tells the story of a turkey that hadn’t been thawed out enough, and the dressing floated around the pan as it baked. There was the time she put her husband’s underwear in the wash and dryer with the curtains- fiber glass, of course. On a skiing trip, she intended to go down a bunny hill, only to take a wrong turn, not once but twice, and went down a black diamond hill, the hardest, toughest run of the slope.

May is the month we celebrate mothers. I’m fortunate to have had two women who guided and protected me, molded me, and loved me. We are all products of our upbringing and the lives given to us. Along the way, there are people who move into and out of our lives, sometimes like waiters in a restaurant (to quote or paraphrase Stephen King). As children, we watch and we listen and learn. I believe (maybe hope?) we gravitate to the best that is offered to us, while some gravitate to that which isn’t. I’d like to think I am who I am because of my mom and my dad, and my brothers and sisters, especially Betty. I owe her so much more than anyone can imagine.

I think that is the case with each of us. There is someone, perhaps more than one “someone” who helped guide us towards a path and helped us stay on it. I’d like to think that in my forty-six years as a teacher, coach, counselor, and administrator, I help mold those I worked with. Far greater is my role as dad and husband. I only hope that my daughters, Hannah and Emily, will look back on their dad, me, as someone who cared and gave and loved them with all he had to give. And I dearly hope they can forgive any of my misgivings, of which there are many. Something to think about . . .

I finished the edits on my ninth book, Fan Mail. I want one more go-round on it before I ship it off to the publisher. It differs from the other books I’ve written. It is more coming of age wrapped in a thriller. It is longer than my other books, and it was fun and satisfying to write. Like I have done in some of my other books, I laughed out loud and wept in spots as I wrote it. It will tug at your emotions and will cause you to reflect.

Photos of my mother, Corinne, and my sister, Betty, courtesy of unknown.