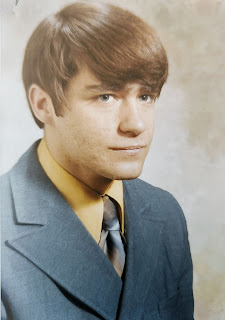 About this same time, but fifty years ago, I remember sitting nervously in St. Ambrose Church on my high school campus, awaiting my turn to speak. I wasn’t the Valedictorian, nor the Salutatorian. Rather, my classmates and faculty chose me to be one of the speakers. Harold was the other.

Thirty-two of us graduating, the first graduating class of JFK Prep in tiny St. Nazianz, Wisconsin. Little did any of us know that roughly ten years later, the school would fold because of finances.

I remember worrying more about my speech than I did about my future. I was happy to just graduate. Later, I would attend the University of Wisconsin-La Crosse, where I changed my major a couple of times, to what I once became, a social studies teacher and coach. Quite the journey.

I’ve reconnected with several of my classmates, and I’m looking forward to the fiftieth reunion this coming October. I’ll get to see, face-to-face, some of the guys and girls I attended high school with. Exchange stories, some successes, a few failures. All of us have them.

I remember the day of my graduation. Beautiful outside. Blue sky. Hot and humid though, the inside of the St. Ambrose a welcome respite from the heat. Sitting in my blue double-breasted suit, fashion at the time.

Speech over. Diplomas awarded. Congratulations and handshakes and hugs. Pats on the back. A change of clothes, the tie and the suit coat the first to go. A party or two. Then packing up and leaving for home. 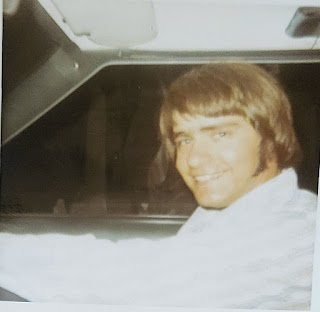 One time of life at an end. A new time of life beginning. The anxiety, the unknown. Some friendships ending, new ones about to begin.

Who knew that I would become a college coach? A counselor? An assistant principal and then principal? I didn’t. Not then. My vision and my world was myopic. Who knew I would have eight books published and a ninth on the way? Not me! Married with three kids? A hope. A dream.

This is the graduation and commencement season. Yesterday, the five high schools in my area all had commencement. There were, I’m sure, tears of joy and some sadness. All with high expectations. Yet, so much is a fog as they peek into the future. Not much to see . . . yet. Not much to expect . . . yet.

Most of us were there, too, weren’t we? Scrubbed, shiny faces. Dress shoes and slacks. Pretty dresses and skirts. Smiles wide, eyes alert. Parties to attend. Food to eat and gifts to open.

Who knows? But hope is a tangible thing, a good thing. Kids will test waters, apply their budding and growing skill to carve out a life and a world for them to live in. Some memories, both good and bad, will accompany them along the way, as will the few friends they maintain from the old days.

It’s life. It’s love. It’s the future to hold and behold. Successes along with failures. Triumphs along with defeats. All in one tidy, perhaps, package. The package we call life. Our life. Only to be repeated this time next year. And again. And again. No end in sight. Shouldn’t be an end in sight. Lives changing. Lives becoming. Something to think about . . .

I finished the edits on my ninth book, Fan Mail. I want one more go-round one more edit before I ship it off. It differs from the other books I’ve written. It is more coming of age wrapped in a thriller. It is longer than my other books, and it was fun and satisfying to write. Like I have done in some of my other books, I laughed out loud and wept in spots as I wrote it. It will tug at your emotions and will cause you to reflect.

Photos of me circa 1972 courtesy of unknown.