Art and the Artist 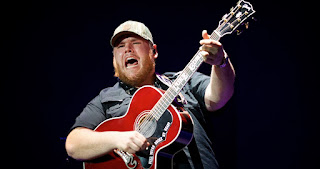 Luke Combs is one of the newer country artists and is a singer/songwriter. This past Wednesday evening, he was recognized by the head of his record company for reaching a milestone.

It doesn’t matter if you like country music or not. This is an achievement! And consider the fact that Combs is one of the “newer” country artists.

I’ve only been writing professionally since 2013. At age 60, my first book, Taking Lives, was published in 2014. When asked how long I take to write a book, I answer it is like giving birth. From idea conception to publication, it takes nine months to a year, depending upon the publisher’s timeline. For Patterson to have written 200 books in 46 years, and for King to have over 30 Best Sellers, wow! I have only one Best Seller (on Amazon in two categories), Betrayed. I guess I should have followed my dream a heck of a lot earlier.

I don’t consider myself in their category. I pale in comparison, any comparison to them. These folks I mentioned above are famous for what they do and give to us. They share or shared their creativity with us, their inspiration with us, and our lives are made more interesting because of their gift. Imagine if books, music, or art didn’t exist. Our world might be more gray, more bland, less colorful and less interesting.

Consider for a minute the number of books written, the number of songs written and recorded, the paintings and drawings and other works of art that are created. Some we don’t know, have never read, never heard, and never seen. Artists in various genres and mediums toiling with a smile on their face. Some with a frown because it might not be working out the way it was originally planned. They don’t quit. They don’t give up. They continue to produce because there is a feeling of “have to” in their heart and soul.

As always, there are some books, some songs, some works of art we don’t like or appreciate. Some we don’t even bother with. The names of the artists go unheard of. Yet, these folks keep at it. They don’t give up. It isn’t for the money. There is something innate, something within them that keeps them going. And we are so fortunate to have them. Each deserve an “atta boy,” an “atta girl.” Each deserve a kind word (a review, perhaps?), a pat on the back. We need them and their work. Someone does, at least. Something to think about . . .

I finished the edits on my ninth book, Fan Mail. I will let you know the publication timeline of it as I find out. Meanwhile, below are my other books for your enjoyment.

Photo of Luke Combs by Unknown.