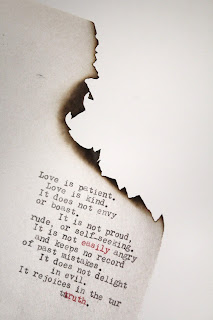 As an author, I spend a great deal of time and energy, not to mention dealing with heartburn, trying to get my words correct. Not only correct to me and for me, but for the characters I create, and the settings and situations I place them in. And for the reader who reads those words. It isn’t as easy as one thinks, but that is where my joy in writing takes over. I’m free to explore and invent and create. And the words have to be just so. It was someone a lot smarter than me who said that when the words are just right, the tuning fork vibrates. I like that analogy.

Yet, I think my task as a thriller-crime-mystery author is easier than the journalist and the poet.

The journalist is bound by the economy of words in their copy (as I understand it, and from my limited experience writing for my high school yearbook and newspaper so long ago. So long ago, I forgot whatever it was I wrote!). The journalist has to not only convey the story, but capture the reactions to the story accurately.

I prefer my role as an author. I get to create characters and the world to place them in. I get to create the situations and circumstances, and I get to imagine how they feel and how they will react. Once I figure that out, I have to convey that to the reader.

It’s all imaginary … or is it?

I’m not sure who said it, but someone said: even though the world and life doesn’t make a great deal of sense sometimes, fiction has to all the time. While sometimes life is just unbelievable, fiction has to be believable, or at least, if written well, the reader has to suspend his/her belief and trust the author who is taking them on the journey.

It doesn’t matter what genre. Thriller, romance, crime, mystery, horror, dystopian, fantasy. The story has to convey truth, and it has to make sense, again, even if life doesn’t.

Being an author or journalist or a poet is easier than being a parent or counselor. Most of the time, anyway.

As a counselor, I remember kids and parents sitting in my office discussing this or that, and I wanted to squint in my disbelief, laugh at them, and be sarcastic. There were times I wanted to smack them up alongside the head. Sometimes, it wasn’t easy to refrain from making these unwise choices.

Instead, I had to form my words and my questions and lead them to discovery and onto a better choice of paths on which to embark. And for sure, I had to sit on my hands for fear of them flying into someone’s head. Folks, sometimes, these sessions were like pounding rocks (and I’m not talking about the kid’s or parents’ head, either).

As a parent, there were times when what took place in the counseling office would somehow become a similar conversation around our dinner table, or at bedtime, or at breakfast, or after a party or night out. Kim and I would listen and question, accept, and lead our own kids onto to a better path and help them decide on a different course of action or train of thought.

Sometimes my emotions got the best of me and I blurted out things I so regret. It wasn’t often, but it was enough for me to have to admit this. I can rest in the fact that I’m only human, right? Not satisfying to me. Not even close to the justification for hurting someone. Instead of using love and compassion and gentleness, I was abrupt and harsh and hard. Not at all soft as kids … or my wife … or family members … or friends deserve.

I think we’ve all been in this place, this situation. I think each of us has had those moments we’d like to take back. Unfortunately, once a word or words are said, we can’t chase them down, capture them, and hide them. Ears and hearts heard those words. Eyes and souls saw our expressions. And we can’t take them back.

I have fantastic news!

My newest book, Fan Mail, is Available for Preorder at https://www.blackrosewriting.com/thrillers/fanmail  Use code PREORDER2023 to receive a 15% Discount. If you head over to my author website at www.jrlewisauthor.blog/ you will find the cover and book blurb to Fan Mail.