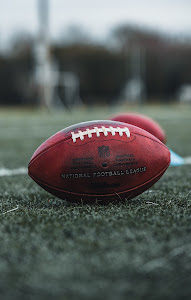 I love football and the start of the football season. I especially like the Packers. Always did. It was the first and only team I follow, besides the Badgers. I guess, growing up in Wisconsin, one would think I’d gravitate to cheering and following those teams. Throw in the Brewers and the Bucks, and you have me pegged.

I was really looking forward to yesterday’s Packer versus Vikings game. Rodgers defending his back-to-back MVPs. New receiving corp. The emergence of two solid running backs. A vaunted defense that seemed to be, on paper anyway, tougher than most.

And the Vikings have become one of the biggest rivals for the Packers. They have a new coaching staff and front office. During the off-season, just like the Packers did, they went out and filled up some holes on defense, including one veteran from the Packers. I have to admit, I was hoping he’d fall flat on his face, but he’s tough and was out to prove the Packers wrong for letting him go.

Vikings began with the ball, drove right down the field and scored. So much for our much-improved defense. 7 to zip.

First play of the game, our new rookie receiver streaked past his defender. Rodgers let it fly. A perfect pass, a perfect route, but an imperfect ending. What would have been a seventy-five yard touchdown on the Packers’ first play of their first possession was dropped. It hit his hands. It. Was. Dropped.

Several other miscues. A wrong route. A forced pass for an interception, Rodgers admits he shouldn’t have thrown. Another drop or two. A goal line stand where Rodgers admitted he thought of improvising on the play, keeping it and walking in for a touchdown. Several missed blocks. Missed defensive assignments. Some missed tackles. Two timeouts because we didn’t get to the line of scrimmage and run the play fast enough.

All of which resulted in a Packers’ loss. And my frustration and dismay, if not anger. (I have to admit to yelling at the TV, though only my wife, equal to me as a Packers’ fan, and our dogs listened.)

If that first pass was caught and turned into a score. If Dillon was able to punch it in at the goal line or if Rodgers would have trusted his gut, kept it, and walked in for a touchdown. If those other drops were caught. If Rodgers didn’t throw an interception. If our line held up and made their blocks. If we could have gotten out of the huddle faster and run the play quicker.

There are times when we look back on what we did, what we said, perhaps what we didn’t do or didn’t say, and say to ourselves, “If …” We get caught up in the game of If-I-Could-Have-Should-Have-Would-Have. We play it often, all of us, and never win it. Never. There is a path we like to walk down paved with Ifs where we stumble and trip and fall. We cut our hands (our hearts) on the sharp objects of If on that beaten path. And though we vow to never walk it again, we find ourselves back on it tripping and falling again and again.

Perhaps there is a better way to live. In the present- not the future. In the present- not the past. To resolve to do better the next time and then to actually do better and take better care of the opportunities that come our way. And if we don’t, if we somehow fall back into the pattern of missed opportunity, let’s not play the If game. Let’s chalk it up to experience, a sometimes painful and exasperating lesson learned. But move on and look for the next opportunity. The Packers play next week. We live on today and tomorrow and the next day. Let’s do better. All of us. Something to think about …

Well, so much for my position as story writer for Acorn TV.

It was a scam. Not Acorn TV, but the person or persons behind the remote story writer promotion and site. Hundreds of us fell for it. I’m not sure what their endgame was or is. They didn’t get money from me, but I can’t speak for anyone else. It is frustrating and disappointing and saddening. Yet, life moves on, and I will too. Lesson learned and all that.

This next month, I should receive a preview of the cover for my ninth book, Fan Mail. The publication date is March 30, 2023. If you check out my author website at www.jrlewisauthor.blog/ you will find more about me, my writing, my books, my new gig as Story Writer, and my new book, Fan Mail.