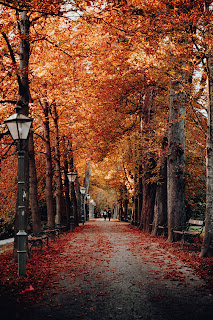 When I was a senior in high school, I had a discussion with my geometry teacher, Sr. Roberta and another student about our favorite season. I’m not sure how we got on that subject because, as I said, she was my geometry teacher. I’m thinking it was anything I could think of to not do math. You see, I have this love-hate relationship with math. I love it when I don’t have to do any math, and I hate it when I have to. I guess, it is mostly a hate relationship with math.

Oh, but I digress … not that I ever, ever do that.

Anyway, we were having a discussion about our favorite season. We all agreed we didn’t like winter. While snow is pretty for about a minute or a day, it turns brown and gray and gross, especially when it melts. And I always hated being cold and having to wear seventeen layers of clothes. Picture the little brother in Christmas Story all dressed up to go outside.

The other student favored spring, because things are opening up, trees and flowers are budding, and it is sunnier and brighter out, a signal that winter is over. Sr. Roberta said her favorite season was summer because of the warmth, being able to go barefoot, sit in the grass and read and paint (she was also the art teacher). She liked the green and the smell of fresh cut grass, birds flying and chirping, squirrels scurrying around.

Sr. Roberta said she didn’t like fall because everything was dying. She liked life and living, which is why she liked summer.

I guess I didn’t think of fall as nature dying or if I did, it didn’t bother me. I see death and dying as natural, as something that happens to each of us and all things, eventually. We begin on the path of living and dying when we are born. It happens.

Still, I thought about her comment that fall is nature dying. I wrote a poem at some point after the discussion and in it, I wrote: ‘fall rain, nature’s way of realizing her mistake.’ But the rest of the poem spoke of color and crispness, of leaves floating up and along the curb with each passing car. Of leaves floating to the ground as trees shed their cloak.

The title of that poem was Fall on Elm Street. Elm street was a short street that ran perpendicular to my elementary school, Holy Angels. The public library, gray stone and brick, sat on that street proudly like it was Elm’s caretaker. I used to gaze out the window of the classroom at that street, at that building. After school, I’d run to the library and roam the stacks of books as I waited for my dad to pick me up after work.

It had a huge, grand, old oak tree that sat on the side of the library. Its trunk thick and bark gnarled and knotted. Like a sentinel protecting the library and Elm Street from whatever.

All these images and memories come back to me with the first cool morning of fall. The first tease of color.

But Sr. Roberta is right. Fall is nature dying. I’m okay with that. It’s nature’s way. Our way, too, though hopefully, not anytime soon.

Yes, fall is the harbinger of death. But with it, there is so much beauty to behold. A promise that there is more life to come in only a few short months. So, breathe in the crisp, cool air. Take in the hint and glory of bronze and red and yellow. Snuggle into jeans and boots and sweatshirts and sip warm cider, warming our hands as we grasp the mug. Not so bad to go out this way, is it? Something to think about …

I wrote a short story, and it sits on my author website at www.jrlewisauthor.blog/ It is titled Memories and Regrets. On this same website, you will find more about me, my writing, my books, and soon, my new book, Fan Mail.

While you wait for Fan Mail to hit March 30, 2023, I hope you take the time to enjoy my other work. The last four books have won thirteen awards, while my Lives Trilogy has won two.