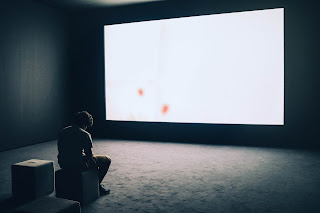 Back in the early 90s, I was a counselor at a large high school in a high-poverty, high-gang area in Southern California. Kim and I had just gotten married, and we had Wil, seven or eight at the time, and Hannah, who was in day care. The school had approximately 2,400 students and among the student body, three active gangs: OVS (Ontario Villains), Pomona Kings, and Dog Patch. The principal, Bill, was fantastic, a great mentor, and I learned so much from him. Much of what I do and have become was a result of his influence.

It could have been a tense situation were it not for the wonderful, caring teachers and staff. I was part of a fantastic counseling team. I remember we had one shooting and a knifing that took place, both at lunch on separate days, and the way the faculty, staff and students responded was remarkable. No one died, thankfully, but as I recall it, I am still in awe at the school’s response.

I mentioned there were a number of remarkable staff. One teacher, in particular looms large in my memory.

An older guy, a math teacher. Graduated from an alternative high school. You know, the kind of school for struggling kids. Kids who don’t do well in a “normal” school. A school for kids who had run-ins with the administration, perhaps suspended long term.

In the years I worked with Don, he never told me why he graduated from an alternative school, other than to say, “School was not my thing.” Interesting that he became a teacher.

As a counselor (and later as an administrator), I learned that a school is much like a golf course. There are plenty of beautiful fairways to navigate, and more than a few rough areas, and of course, sand traps. There are the teachers you look for who will guide, nurture and love a kid. There were others that, depending upon the kid and the day, it could work out just fine. And then there were those you felt guilty for placing a kiddo in that teacher’s classroom. I think if you are a teacher, counselor or administrator reading this, you know who I’m talking about.

On the surface, and at first glance, you might think he was a curmudgeon. Cranky. A sand trap. Some of his department mates didn’t care for him. Saw him as an outsider. And I guess that description would be correct. For good reason, though.

He didn’t believe in kids failing. If a kid didn’t pass a test, the kid had to show up for tutoring and retake it. As many times as needed until the kid passed. Not the same test. He had a different test for each time a kid took it. Different problems, but the same number of problems. Same level of difficulty.

Kids would show up before and after school. Even kids who had other math teachers. Rival gang members sitting side by side. Athletes, band kids, quiet kids, popular kids, all sitting together relearning the material and retaking a test. And all passed! Each kid. Simply because Don refused to give up on them.

I asked him why. I mentioned he puts in enormous amounts of time and effort. He has to construct the same tests over and over. All he did was shrug, smile and say, “I had a teacher who didn’t give up on me. I want to pass it on.” And with that, he walked back to his classroom because kids were lined up at his door waiting to get in. Waiting to get in, because they wanted to get in. They knew Don wouldn’t give up on them. Something to think about …

I mentioned in my last post that my ninth book, Fan Mail, has been accepted by my publisher, Black Rose Writing. The publication date is March 30, 2023. If you check out my author website at www.jrlewisauthor.blog/ you will find more about me, my writing, my books, and Fan Mail.