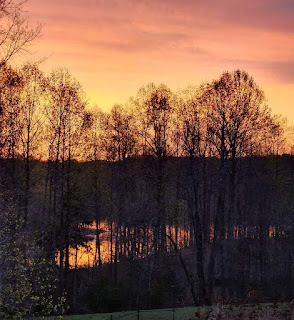 Those of you who have read my books (thriller-crime fiction) know my characters. Readers have their favorites, and I guess I do, too. Though I try to be impartial, I think the reader knows who I favor.

One character, George, is a full-blooded Navajo, adopted at age twelve by a single man living in Wisconsin. He joined a set of twins, who had previously been adopted. I won’t go into lengthy details, but it is a loving, supportive family who find themselves in a sometimes brutal mystery. Not of their own doing, but from outside forces. (There are now a mom and dad and seven brothers that make up the Evans family.)

At one time, George lived in Arizona on the Navajo Nation Reservation, known in Navajo as Diné Bikéyah or Navajoland. Raised traditionally by his grandfather, a Haatalii or shaman or medicine man among the people, George would dutifully get up each morning before sunrise. He and his grandfather would climb a low, nearby mesa, and greet Father Sun with songs and chants. Their way of morning prayers.

Together, they would look out over Diné Bikéyah and discuss life. How to live. What the coming day will bring? How can George make it better? Things most of us consider upon waking, I think. I hope. Since moving to Wisconsin and his adoptive family, George continues this morning ritual rain or shine, in hot weather or cold. He is disciplined and mindful of keeping his Navajo life alive. Another character, also adopted in the same family, is Brian. As respectful and mindful of sunrise as George is, Brian considers each sunset important. At sunset or before going to bed, Brian considers the day. What went right? What went wrong? How he messed up and, more importantly, how can he do better in the coming day?

Both boys, now age sixteen, are thoughtful, reverent, and spiritual. Each boy had different paths, both tragic, that brought them into the same adoptive family. Each boy is disciplined and religious in their pursuit of happiness and discovering who they are.

Now, as an author, and as you, a reader, know that characters are composites of the author. Both boys, George and Brian, came from me and my imagination. These characters and the other members of the family are not me, per se, but they are me because it was I who gave birth to them in story form. I choose the way they act, react, and think, what obstacles come their way, who pursues them and, at least in my books, who wants to do them harm. Me, but really not me.

I tend to view the sunrise as George does. It is my time, upon rising, to read bible verses and my devotional to prepare for what comes my way during the day. The sunrise gives me a focus, a purpose, and my motivation in my attempt to do better. Not only for myself and those I love, but for those I encounter during the day. While I am a morning person, I move into the day slowly and reverently, as George does, because, as I said, I build a focus for the day.

I also tend to view the sunset as Brian does. Like Brian, as I lay in bed and before I fall asleep, I look back on my day and consider the things I said and did, how I treated myself and others, and I ask, what did I do right? What did I do poorly, if not wrong? How can I improve, not only for myself, but for others tomorrow?

I think I’ve gotten better at it as I grow older. Maybe it’s because I’m older, I’ve gotten better at it. Whatever the case, I think focusing on both the start and the end of each day sharpens my focus and makes my decision making clearer. I find I’m not as stressed out as I once was. It could be because I’m semi-retired and no longer in the hot seat, as high school principals tend to be.

Lord knows I’m not perfect. Not even close. (Just ask my wife and kids.) I still become impatient. I still lose my temper. I still unintentionally hurt others by a careless word or action. But I also know I am happier. I’m more content. I am more appreciative. I know I care more, not only about myself and my family. I care more about others, their feelings, and I find I put myself in their shoes to uncover what I might do to help.

I would like to suggest that my focus on the sunrise (morning) and the sunset (evening) has changed who I am for the better. Again, I know I’m not perfect. But I’m willing to walk that journey to get there. And beginning each day, and ending each day in the same way, helps me to do that. Something to think about . . .

I also had the honor of being interviews by Vinnie O’Hare and having my book, Blaze In, Blaze Out, featured in Awesome Books. The link to it is: https://awesomebookpromotion.com/?p=28615

Both Photos, the Sunrise and the Sunset, Courtesy of Kim Lewis.