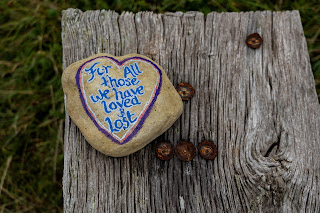 A week ago, I posted a Happy Heavenly Birthday for our son, Wil. He would be 38 years-old. I received two comments on the post that caused me to reflect deeply on the journey my family has been on since July 2014.

The first came from Tamara, one of Wil’s former teachers. She wrote: “Perhaps you might blog how you have coped with the injustice of his death. I’ve had to navigate that territory, and I’m sure you must have also.” When I read this, the first thought that popped into my head was, “Not well!” I mean, it will be eight years come this July, and honestly, I’m not “over” it. Further, no one gets “over” any loss, much less losing someone you love. At best, one learns to “live with it.”

I joke it is like Marty Feldman’s hump in Young Frankenstein. Something to be dealt with. If one knows trauma and has studied it (as a counselor, I did, and currently, our youngest, Emily, has studied and worked with it in her MSW program), 8 years is fairly recent. It’s still fresh. Regardless of the eight years, it is still “new” and has barely scabbed over.

Memories pop up. Songs play on the radio that remind us of “that time.” During holidays, there is the proverbial “empty chair.” It isn’t spoken of. Wil is not mentioned, or if so, fleetingly, because we don’t want to dampen the spirit of the holiday. But he looms large in our thoughts simply because he isn’t with us.

The year Wil died, there were four deaths that hit our family hard. Yes, four. In October 2013, my nephew, Jared, died in an auto accident. He was still in college, and no, it was not his fault. On April 1st, 2014, my mom passed away. She was 99 years-old. Then, in July 2014, one day after Kim’s and my anniversary, Wil was shot and killed. In August 2014, one month after Wil, one of our very best friends, Tom, passed away. Four deaths in less than one year.

One month after Wil died, I gave a short eulogy for one of my teachers, Carolyn, who passed away after battling cancer. One teacher remarked that I must have buried my feelings so deep, she didn’t know how I could give Carolyn a eulogy. I don’t know either. My feelings weren’t and aren’t buried. They are right there and they bubble to the surface in unexpected ways and at unexpected times.

It’s just that I am Dad. I was Principal. I had no time to grieve. Sounds stupid, perhaps selfish, but there simply was no time. I had to care for my family: Kim, Hannah, and Emily. I had to take care of my school: 200 staff members and almost 2,000 students. I had to. There was no time for me to grieve. Did I feel Wil’s loss? Did I feel the loss of my family and friend, Tom? Did I feel Carolyn’s loss? Absolutely! I still do. Every day. At odd times. Many times. We all do. And I’m sure many of you who have suffered loss do, too. Sometimes, we don’t have the words to express, so we weep. Mostly in private. Sometimes, not.

To answer Tamara’s question about how I’ve handled the injustice surrounding Wil’s loss, my answer is still, not well.

The other comment on the post came from Sharon, who has suffered much, and is still suffering. I won’t go into it, because it’s Sharon’s story, not mine. But she wrote, “What is one thing that you can share to help others have a better understanding of your experience with such a tragic loss of life of your son, Will?”

My answer to Sharon is the same as it was when I spoke at the Celebration of Wil’s Life, and at Carolyn’s and Tom’s service. My answer is this:

One thing I urge all to do is don’t wait: don’t wait to share a kind word; don’t wait to tell someone how much they mean to you; don’t wait to rest, to enjoy a sunrise or sunset. If we wait, we might never have that moment again. Time, and life, move forward. We cannot put some things off until tomorrow. They can’t, and they shouldn’t. Because tomorrow might not be there. And, I urge you to live your life! Not someone else’s life, and not someone else’s idea of what your life should be. Live your life.

Last, and it’s something I end all my posts with: Make a Positive Difference in the Lives of Others. If not you, then who? Each day, life gives us unique moments to give to someone else, whether it’s time, presence, a kind word, or a touch. Live in these moments and do for others. Because something I’ve learned along the way is when you do something for others, you actually do for yourself, too.

As always, something to think about . . .

I am pleased to announce that I will be interviewed on a radio show about my writing and my newest book, Blaze In, Blaze Out on Sunday, March 20 at 8:30 AM EST and then repeated on Sunday, April 24 at 8:30 AM EST. unityliveradio.co.uk I hope you give it a listen!