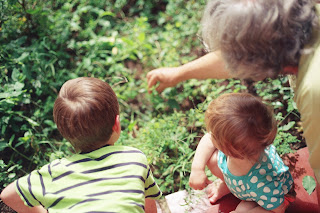 In my mind’s eye, I see myself with brown hair. Younger. A jogger like I was in college. I hear a melody in my head or on the radio and sing along. I can still hit some high notes. Once upon a time, I could hit four octaves. Now? Um, no way. I think back to the demo tapes I recorded and sent to a recording company back when I was in high school. They liked my voice, but I don’t write music. Never did. Hit a wall I couldn’t climb over. I sent an audition tape for The Lawrence Welk Show on the recommendation of one of their performers. Thanks, but no thanks, they said. My style was so different. Thankfully, so different! 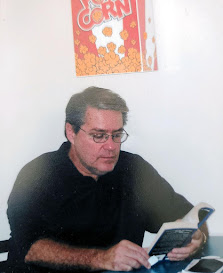 On the stage from fourth grade on. I remember the solos I sang in the church choir and in our chorus in high school, the plays I was in. I think about the songs I sang at commencement for each of my graduating senior classes. Each year, each commencement, I noticed that my voice sounded . . . less. Not as strong and I didn’t have the power I had once upon a time.

At one time, I was fit and trim. When I stopped running/jogging, I rode my bike. Still like to, though I don’t do it much anymore. Maybe this summer? Later this spring? I walked like crazy, but then I had my knee scoped and my arthritis gnaws away on that knee and other joints some days. Still walk, though not at the pace I want or for the time I’d like. 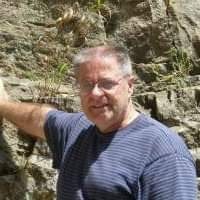 I had a conversation with my brother-in-law, Mark, just a day or so ago. He and I are about the same age, me a little older. I semi-retired two years ago. Mark is considering retirement in the next year or two. He told me about a father-son softball game a few years back when his son was in college. Mark said he could hit, but on his way to first base, he blew a hamstring. Doesn’t seem like much, but it’s painful. The realization that we’re older. Older than we like to be, want to be. Older than we picture ourselves to be.

It sucks getting old! I really mean that! I’m not gracefully growing old, either. Sometimes I bitch and moan, at least in my mind. I am heavier than I should be. My hair is gray, and it is thin or spotty on top. I’m physically slower than I want to be.

I don’t like aging. It’s okay for others, just not for me. I know it happens, but I don’t have to like it, and I don’t.

I am at the age where my friends are dying. People I worked with, admired. My musical heroes. Actors and actresses I watched over and over. Gone. It saddens me, and each death reminds me mine is coming. Probably not right away, but anything can happen at any time, right?

Ever hear the phrase, “Act your age!”?

My response to that is, “No! Never! At least not willingly!” I refuse.

First of all, while I might forget a name attached to a face, my mind is still pretty sharp. I read voraciously, especially in the genre I write in: thriller-crime. I’ve written eight books so far and I’m finishing up number nine.

Laughter is good for the soul, and I love to laugh and do practical jokes. I can be a smart butt. I direct my humor more at myself than at others. Nicer, cleaner, safer that way. My body, though out of shape and overweight, is in good condition. Nothing major going on. Normal aches and pains.

But I will never, ever, act my age! I will sing and laugh to my grave. I invite you to do the same. On the way to my funeral, I might dance. Nothing against the next world, but I will go screaming and kicking and not before I’m ready- God willing! His decision, not mine. Something to think about . . .