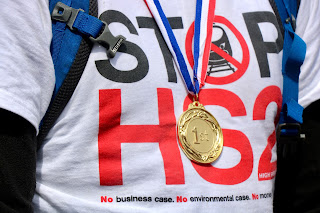 All three of my kids received medals and trophies. Soccer and swimming, mostly. Some earned. Some “participation” medals. My kids cared little for the latter. They weren’t special. Nothing stood out. Each kid on the team received one.

The concept is good: to encourage a youngster to keep trying, to keep at it. Yet, when a kid seldom showed up for practice and expected to play nonetheless, the concept loses a little. Maybe a lot.

Do you remember half-time snacks? Each parent signed up for a game, perhaps two, where it was expected to supply the team with a small drink and a small snack. Orange slices were a good go-to. I’m still smiling at the memories.

All this jumped back into my head watching the Olympics.

Nathan Chen’s outstanding performance on ice. I was in awe. Heck, I can skate forwards a couple of circles before falling or crashing into the wall. Spin a hundred times? Not me. I would cover the folks in the first row in whatever I ate for breakfast, lunch, and dinner.

Chloe Kim’s performance on her snowboard? The speed. The height. Me? I wouldn’t make it four feet before I’d end up face first and travel to the end line in the same position. Call it, “The Lewis Snowplow.”

One watched and had to feel the pain of Shaun White’s last Olympics on his snowboard. He never made the podium, finishing fourth. One had to feel Mikaela Shiffrin’s pain and disappointment failing or falling or whatever one calls it in her three attempts in three competitions. After all, both White and Shiffrin were expected to win, weren’t they?

The last year I coached high school basketball, I had a wonderful group of seniors. We had success and were ranked in state. We only lost a handful of games. A couple of those young men ended up playing at the collegiate level. I had decided in September of that year, I was going to “leave” with my seniors. When then played their last game- whenever that game was played, it would be my last game as a coach.

I remember the last practice on the night before the first game of regionals. Literally, it was the closing seconds of that practice. I actually had the whistle in my mouth ready to blow it when our starting center, Greg, came down with a rebound, landed on another player’s foot, and ended up with a high ankle sprain. He gave it a go in warm-ups the next night, but with tears in his eyes, he told me he couldn’t make it. We did the best we could, but ended up losing by single digits. I know Greg took that loss personally, despite what I or his teammates told him.

I think of White and Shiffrin who had trained and practiced for years in order to make it to the games in Beijing, only to fall short of expectations- theirs and ours. Yet, we forget the tons of success they had. We forget the effort, the hours, the pain they went through to get to Beijing.

I think of all the other athletes unknown to the viewing audience, who compete at these same Olympics, who never reach the podium, who never get the medal. They worked. They struggled. They put in time and effort. Yet, we don’t even know who they are. At some point, they went from orange slices at half-time to competing on one of the largest and most notable stages in the world. Yet, they do their thing. They get mentioned once, maybe twice on TV, but no one “expects” them to win a medal.

I take that back.

Those men and women expected to win. They expected to do and be their best, just like my team did in their regional game. They fell short, just as we fell short. Call it age. Call it nerves. Call it one being better than the next. We fall short. And that’s okay. They tried. We tried. They and we did our best. No podium. No medal. Only an orange slice or two. Something to think about . . .

Blaze In, Blaze Out and I were featured in the monthly online magazine, The Big Thrill, published by International Thriller Writers. You can find it at: https://t.co/7NOSkw6pXi  BestThrillers selected Blaze In, Blaze Out as an Editor’s Pick. You can find it at: https://bestthrillers.com/blaze-in-blaze-out-a-superb-crime-drama-by-joseph-lewis/  I am pleased with the recognition, and I am pleased with the growing number of 5 Star Reviews and Ratings Blaze has garnered.

Eiselmann and O’Connor thought the conviction of Dmitry Andruko, the head of a Ukrainian crime family, meant the end. It was only the beginning. They forgot that revenge knows no boundaries, vindictiveness knows no restraints, and ruthlessness never worries about collateral damage. Andruko hired contract killers to go after and kill O’Connor and Eiselmann. The killers can be anyone and be anywhere. They can strike at any time. Andruko believes a target is a target, and in the end, the target must die. https://amzn.to/34lNllP