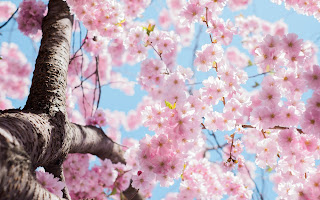 Yesterday morning, early, I sat in this same spot working on my new book, Fan Mail, about a fan who takes it to the extreme. It’s a mystery/thriller with family drama tucked neatly inside of it. Perhaps not so neatly. There is ooze to it, as one reader spoke of my work. I enjoy writing it, and I wept in passages as I wrote them. And, as I sat there considering word choice, I heard something.

Behind me is our deck, and beyond the deck is our yard. At its back, behind the fence, is a wooded section. Home to many critters. Deer. Fox. Coons. Squirrels. And I’m sure, snakes. On the railing of our deck were three birds carrying on a lively conversation. A female cardinal in the middle, a robin to her left, and a gray bird with a blue belly with gold fringe on her right. The cardinal and the robin were new to the deck, but the gray bird with the blue belly has been a fairly regular visitor.

As I said, it was a lively conversation. They chatted away like old friends would over coffee or tea. Every so often, one or all would glance in my direction. Perhaps only at their reflection in the sliding glass door. But I’m okay with thinking they were glancing at me. Maybe trying to engage me. For my part, I was content to watch and listen, like people-watching at the airport or the mall. I didn’t want to disturb them. Eventually, they flew off into the woods and beyond. I hope they come back. Soon.

This is the time of year when Kim and I notice a nest or two under our deck. We also have one in our newspaper box under our mailbox. Our two dogs, Daisy and Stella, can’t get to the nests, but we worry when the young try to leave the nest and fly away on their own. Sometimes, they land in our yard. The mother bird (I think it’s the mother bird) will hover nearby until the young hatchling is in flight. Kim and I watch for it and we keep both dogs inside. Circle of life and all that.

Our crepe myrtles are budding. They took quite a beating this winter with the ugly snow and ice storm we had. Lost a limb or two. Our rose bushes took some heavy blows, but seemed to have survived. We lost a row of plants Kim took the time to plant last spring. When the snow and ice melted on a portion of our roof, it landed on them. Rest in peace. We’ll plant new ones in a couple of weeks just before we lay down fresh mulch. Probably have to do it again next spring.

I like spring. It’s a prelude to summer. Blossoms and bloom. New birth. Fresh cut lawns. T-shirts and shorts. Not yet, but soon. Soon. The thick winter coats to the back of the closet. The lighter spring and summer jackets to the front. Maybe not quite yet, but again, soon.

Time to take stock of what I’ve done this past fall and winter. What I can do better. What I can improve upon. Anyone out there I failed to keep in touch with over these long, cold months. Lost some friends. Far too soon. I mourn them. Harry. Julie. Steve. Colleagues. Friends. A former student and player. Sad. Far too sad, and as I said, far too soon.

Must reach out to others. Say what needs to be said. Take the time, because time is needed. It’s a precious commodity. Like air and water. Like love and friendship. Never enough of it, so we have to make better use of what we have given to us before it’s taken away. Before it’s too late.

Spring does that for me. Time to take stock. To consider. To contemplate and meditate. Meditation and slowing down are never a waste of time. They are needed. There are some things that can’t be rushed. But when the time comes, act. Don’t wait. I’ve done that and I live with the regret. Don’t let it happen to you. Ever.

Perhaps my birds will stop by at some point today. If not today, maybe tomorrow. Take up their chat, their conversation. And I’ll watch and listen. I’m pretty good at that. Perhaps you are too. Something to think about . . .

Blaze In, Blaze Out and I were featured in the monthly online magazine, The Big Thrill, published by International Thriller Writers. You can find it at: https://t.co/7NOSkw6pXi  BestThrillers selected Blaze In, Blaze Out as an Editor’s Pick. You can find it at: https://bestthrillers.com/blaze-in-blaze-out-a-superb-crime-drama-by-joseph-lewis/  I am pleased with the recognition, and I am pleased with the growing number of 5 Star Reviews and Ratings Blaze has garnered.