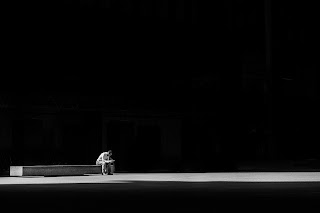 The last two years of my semi-retirement brought me, thankfully, back into the classroom as a teacher. I’m not a “teacher” in the true sense of the word like I used to be, like my wife and my daughter, Hannah, are. They teach. They prepare lessons. They are evaluated. They teach.

I, on the other hand, don’t teach, though I am called a teacher. I refer to myself as an online learning facilitator. I’m part-time, hourly, actually. If someone were to come into my room during any of my three 80-minute blocks, that somebody would notice kids working silently on their own. A student might come up to me and ask me to “unlock” a test or quiz. A student might raise a hand and ask to go to the restroom. Other than that, not much interaction.

I don’t have lessons to prepare. I don’t have papers to grade. I do, however, have assignments that are submitted online that I might grade if they are dealing with social studies. But I have kids studying English and other languages, sciences, different levels of math, and health and physical education. Many subjects, many of which I can’t do or even comprehend.

And I love what I do. Even though the interactions with kids are spotty and few, I am with them. I missed that once I left the classroom and counseling office. Knowing what I know now, I would have never left teaching or counseling for administration. Too removed from kids, too much paperwork, and too much politics. Far too much politics. I like kids. Always have. Always will.

When I taught, my classroom before school and sometimes at lunch was a haven for kids. They would come to visit, sometimes with me, mostly with each other. They would do last-minute homework and eat breakfast. Some kids I knew. Some, I didn’t, but got to know.

I never advertised my room as a place for kids. They just began showing up.

I noticed something similar happening.

I have one young man who comes to my classroom well before the first bell. I have him in my first block, but he shows up thirty to forty minutes early. He sits, eats his breakfast, and scrolls through his phone. Sometimes, he and I chit chat.

At lunch, I have anywhere from two to five kids who eat in my room rather than go to the cafeteria. Sometimes they don’t eat. One young lady naps for 20 or so minutes before class resumes. One young man watches movies on his phone. A couple of kids continue to do their work even though it is their break time.

I stand in the hallways between classes. I watch the kids pass me. Some will catch my eye and nod. Others will say hello. Several give me knuckle bumps as they pass. They exchange no words, just the “touch” of a fist with mine.

Hunter Hayes recorded a wonderfully haunting song, Invisible. It’s worth a listen. It’s worth taking to heart. You can find it at: https://www.youtube.com/watch?v=LiUqgL5urWc

I’m afraid we are seeing the birth of a new kind of invisible.

Those kids, those adults, who sit glued to their phone or their computer, instead of noticing what is around them, instead of interacting with those around them. Like kids in the hallway. Like kids who sit in my room at lunch. It’s not just kids. Sometimes it’s adults. It’s young and old alike.

We’ve become engrossed, even debilitated, with technology. We’ve become less personal. Our words with one another are fewer. Our interactions are less. Is this the society, the life we want for ourselves? For our children? Something to think about . . .

Blaze In, Blaze Out and I were featured in the monthly online magazine, The Big Thrill, published by International Thriller Writers. You can find it at: https://t.co/7NOSkw6pXi  Yesterday, BestThrillers selected Blaze In, Blaze Out as an Editor’s Pick. You can find it at: https://bestthrillers.com/blaze-in-blaze-out-a-superb-crime-drama-by-joseph-lewis/  I am pleased with the recognition, and I am pleased with the growing number of 5 Star Reviews and Ratings Blaze has garnered.

Eiselmann and O’Connor thought the conviction of Dmitry Andruko, the head of a Ukrainian crime family, meant the end. It was only the beginning. They forgot that revenge knows no boundaries, vindictiveness knows no restraints, and ruthlessness never worries about collateral damage. Andruko hired contract killers to go after and kill O’Connor and Eiselmann. The killers can be anyone and be anywhere. They can strike at any time. Andruko believes a target is a target, and in the end, the target must die. https://amzn.to/34lNllP