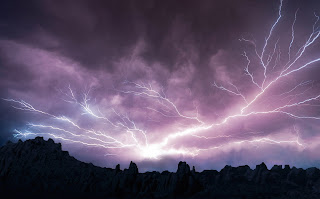 I began my teaching and coaching career at age twenty-two in Wyoming. Far from Wisconsin where I was born and raised. Much different from Wisconsin in culture and lifestyle. While I thought I knew what I was getting into, I truly didn’t. Sometimes I think back and am happy for the three-year experience out there, but I wonder how I managed to.

I lived in the town of Yoder, population 101. It had the Yoder Bar, a post office, and a gas station. There were no cell phones back then, and my phone was a landline shared with three other neighbors. In order to use the phone, I had to wait until someone else finished their conversation. I had never experienced that before.

I chose to live and work in Wyoming because of my fondness for western history. My parents, my younger brother, and I had driven through it on our way to Yellowstone and to Glacier National Park. I think that brief introduction helped me make my decision to live there.

A dry state. It seldom rained, but if it did, like clockwork, it was late in the afternoon. It would rain for a bit, and then the sky would clear back to a beautiful blue.

This is the time of year when Virginia is hot and humid. You wake up, step outside, and sweat. Tough to breathe sometimes. The air sticky and thick. It hangs on you.

Several days this week, it was sunny all day until late afternoon. Then, clouds rolled in, dark and ominous. Thundered continuously, sometimes with lightning, sometimes without. And then it would rain. Like Wyoming, hard and driving rain. The trees behind our house waving back and forth as the wind kicked up.

And like Wyoming, then suddenly, the rain would stop. The wind would die down. The sun would poke through the clouds almost to say, “I’m here. I’m always here. Sometimes you can’t see me, but I’m here.”

Tough to look skyward when there is wind, rain, thunder, and lightning. Hard on the eyes. Tough on the face. Instead, we duck down and cover up, scurry here and there, trying to stay dry and warm and comfortable.

Tough to look up when facing dark clouds and inclement weather.

There will always be both good and bad, beautiful and ugly, fair and inclement elements in our lives to deal with, to live through. But we always seem to live through them. Despite the helplessness we sometimes feel, we get through. We always do. Something to think about . . .