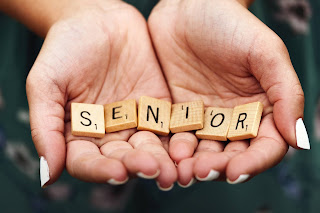 Exactly 50 years ago, I was a senior in high school. 50 years ago! Dang, where did the time go?

I went to a co-ed boarding school that was once upon a time a Salvatorian Seminary. Still had some seminarians there when I entered as a freshman, but by the time I graduated, most, if not all, either left or graduated. It was (it suffered financial difficulty and closed way after I had graduated) located in a small town of St. Nazianz. Middle of farm country. Woods on three sides. A pond. Trails. Quiet and comfortable. Peaceful.

At this time of year, I was with the football team, practicing for our first game. We were pretty good for a small school. Only one loss my senior year. Classes were to begin shortly.

Back then, those of us who were eighteen worried about Vietnam and our draft status. Nixon and Watergate. The Democratic convention in Chicago. All of that. For most of us, though, we worried about girlfriends or boyfriends we might have, the school play and the musical group some of us belonged to, where we might go to college- if we could avoid the draft. What we might major in. What jobs we might pursue.

Harold, a speedster, went to North Dakota State University and played some football. So did John, though he played at the interstate rival. Neil, always an artist, went to an art and design school and works in New York at an advertising agency. Steve worked for a record company on their jazz label. Pete became a hospital administrator. Friends. Guys I went to school with. Some younger than me. Lost track of many of them. Thanks to Facebook, reconnected with a few.

Not much has changed in those fifty years, though.

50 years, but honestly, really, not much has changed. Just a different cast of characters. All striving to do the best they can, where they are, hoping and dreaming for something better. Wanting to make their parents proud. Wanting to be happy. Make a living. Enjoy life. Living their version of the dream.

As a high school teacher and then a counselor and then an administrator, I watched seniors grow, and dream, and wonder, and struggle. Rob played basketball at the University of Wyoming for a time before he quit and ran the family ranch. His brother, Gene, played some small college football and now owns and runs a large accounting firm. Keith trains dogs.

50 Years, but really, not much has changed.

As adults, we guide. We counsel. We push and prod. We worry.

I picked up two terrific reviews for Stolen Lives, Book One of the Lives Trilogy.

One is from Literary Titan, who also did an interview with me. You can find the interview here: https://wp.me/p3cyvH-7yj

The review, found at https://wp.me/p3cyvH-7rz in part, called Stolen Lives “a fast paced crime novel in the how-catch-‘em mystery genre. A riveting murder mystery that slowly unravels a puzzling crime that will have readers furiously flipping pages. With realistic characters a reader can relate to and sympathize with, and a fast-paced and action filled plot, Lewis has created an engaging story that is a fantastic start to his Lives Trilogy.”

The other, from Best Thrillers called Stolen Lives “A harrowing and unforgettable FBI thriller. author Joseph Lewis continues to tackle delicate subject matter that few can bear to think about, much less craft a thriller around. Lewis dares to get inside the minds of not only the killers, but the adolescent victims. Scenes told from the abductees’ points of view manage to be both heartbreaking and an incredible testament to children’s capacity for survival. The net result is a terrifying but important novel that no reader could possibly forget.”