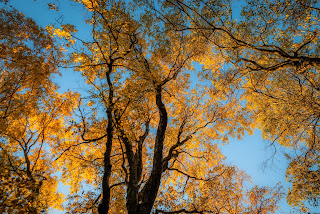 But the last two mornings caused me to smile. I came across a couple of stories on Facebook and LinkedIn that were pretty special.

There was one small story where a little girl was dancing in the elevator. The caption said something to the effect, who knows what she will become? A singer? A writer? A mom? Right now, she is a dancer! She beat cancer!

There was a story about a little boy going into a small city market. It looked like he got some chips and placed them on the counter. The man behind the counter said to him, “If you can answer this question correctly, you get five seconds to get anything in the store you want.” The boy said, “What’s the question?” “What’s nine to the second power?” The boy thought quickly and said, “81!” Now, I had to look it up to see if that’s correct, me being a social studies psychology guy, but the guy behind the counter said, “Correct! You have five seconds to get whatever you want! Go!” The kid scrambled around grabbing stuff and placing it on the counter while the guy behind the counter counted really slowly, laughing in between numbers. The kid, beaming, eyes bright. An older man in one of the aisles smiled as he watched the scene.

The mailman is deaf or at the least, hard of hearing. The little girl knew this and practiced sign language. She waited on the front lawn until he showed up. She greets him and has a brief conversation using sign language with him. He delivers her family’s mail, they wave, and he goes on about his business.

There isn’t enough of this. Not nearly enough.

Political lawn signs ripped out of yards by individuals voting for the other side. A campaign bus is nearly run off the road by those opposing that candidate. Sometimes pure hate and division is all we see on the news or on social media.

All of this hurts my heart. All of it.

And, the need to be grateful for the little things we take for granted. A beautiful sunrise or sunset. A walk in the woods with the leaves in all their bright, colorful glory. A child’s laugh. Trick or Treaters saying, “Thank you!” as they picked up their goodies.

Live Your Live and Make A Difference!

I just found out that I received an Author Of The Month selection by Author Shout. You can see the write up at http://authorshout.com/

This is completely unexpected, but certainly most welcome! Nice timing, since my newest book, Betrayed, comes out a week from Wednesday on Nov. 12, 2020!

Betrayed is now available for Kindle preorder to KDP Select at Amazon at: https://amazon.com/dp/B08GCTV2XH and it is also available in print at: https://blackrosewriting.com/thrillers/betrayed

A late-night phone call, a missing kid, a murdered family, and no one is talking. A promise is made and kept, but could result in the death of a fifteen-year-old boy.

"This novel is an action-packed thriller that will keep the reader turning the pages. The descriptions of settings and characters are extremely well done, and the pacing is perfect. The ending ties up all the loose ends, yet you feel (and hope) there will be more from these characters in the future. Action and adventure are the words of the day in this thrilling, well-written page-turner from Joseph Lewis.”

Spiral Into Darkness: Named a Recommended Read in the Author Shout Reader Awards!
He blends in. He is successful, intelligent and methodical. He has a list and has murdered eight on it so far. There is no discernible pattern. There are no clues. There are no leads. The only thing the FBI and local police have to go on is the method of death: two bullets to the face- gruesome and meant to send a message. But it’s difficult to understand any message coming from a dark and damaged mind. Two adopted boys, struggling in their own world, have no idea they are the next targets. Neither does their family. And neither does local law enforcement. https://amzn.to/2RBWvTm
Caught in a Web: A PenCraft Literary Award Winner!
The bodies of high school and middle school kids are found dead from an overdose of heroin and fentanyl. The drug trade along the I-94 and I-43 corridors and the Milwaukee Metro area is controlled by MS-13, a violent gang originating from El Salvador. Ricardo Fuentes is sent from Chicago to Waukesha to find out who is cutting in on their business, shut it down and teach them a lesson. But he has an ulterior motive: find and kill a fifteen-year-old boy, George Tokay, who had killed his cousin the previous summer. Detectives Jamie Graff, Pat O’Connor and Paul Eiselmann race to find the source of the drugs, shut down the ring, and find Fuentes before he kills anyone else, especially George or members of his family. https://www.amazon.com/dp/B07CKF7696

Book One of the Lives Trilogy, Stolen Lives:
Two thirteen-year-old boys are abducted off a safe suburban street. Kelliher and his team of FBI agents have 24 hours to find them or they’ll end up like all the others- dead! They have no leads, no clues, and nothing to go on. And the possibility exists that one of his team members might be involved. http://tinyurl.com/Stolen-Lives-J-Lewis
Book Two of the Lives Trilogy, Shattered Lives:
Six men, each more dangerous than the next, escaped and are out for revenge. The boys, recently freed from captivity, are in danger and so are their families, but they don’t know it. The FBI has no clues, no leads, and nothing to go on and because of that, cannot protect them. http://tinyurl.com/Shattered-Lives-J-Lewis
Book Three of the Lives Trilogy, Splintered Lives:
The final chapter, the close of the Lives Trilogy. A 14-year-old boy knows the end is coming. What he doesn’t know is when, where, or by whom. Without that knowledge, neither he nor the FBI can protect him or his family. http://tinyurl.com/Splintered-Lives-J-Lewis
The Lives Trilogy Prequel, Taking Lives:
FBI Agent Pete Kelliher and his partner search for the clues behind the bodies of six boys left in various and remote parts of the country. Even though they don’t know one another, the lives of FBI Kelliher, 11-year-old Brett McGovern, and 11-year-old George Tokay are separate pieces of a puzzle. The two boys become interwoven with the same thread Pete Kelliher holds in his hand. The three of them are on a collision course and when that happens, their lives are in jeopardy as each search for a way out. http://tinyurl.com/Taking-Lives-J-Lewis