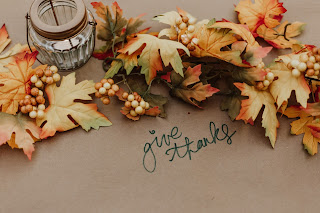 The Christmas carol, Little Drummer Boy (yes, I know we are a month away, but the story fits) tells a story about a boy, his drum, a baby, and his mother. I’m sure you know the story, but I want to share it with you to refresh your memory (and perhaps get you excited about the upcoming season).

A baby is born in a manger. An unlikely baby in an unlikely place. The baby will grow up to be the Messiah, according to prophecy. The first to hear about the news were shepherds. Generally, an uneducated and rather poor lot. They came to see the baby and mother.

With them was a little boy. He wanted to give a gift, and without any money, the only thing the boy had to give was his time and talent. He played his drum for the baby and the mother. The story states that the mother smiled and nodded her approval.

The boy gave the only thing he could. But beyond that, the boy gave!

I read a devotional each morning along with Bible verses. Kind of my morning ‘pick me up’ and something I look forward to. Yes, seriously. It gets me in the mood, the right frame of mind for the rest of the day.

One morning, I read a story about a minister and his parishioners, who were out delivering groceries to the elderly and needy. They came upon a house of a poor, little old lady. The delivery was a surprise. The minister rang the doorbell, the little lady opened the door, saw that it was the minister with bags and boxes of food.

The little lady said, “Oh, I’m so happy you came by. I meant to bring something last Sunday, but I forgot. Let me go get it for you!”

The minister, shocked, surprised and probably dumbfounded, waved the workers back to their vehicles. The lady brought a can or two of food and handed it to the minister, who thanked her for her generosity. She smiled, thanked him for stopping by, and she shut the door. The minister took the food and added it to the collection.

She had no idea she was the intended beneficiary. Her heart only told her to contribute, to give. Like the little shepherd boy, she gave what she had in the best way she could.

Thursday is one of my favorite holidays. In many ways, I enjoy it more than Christmas. You see, the whole point of Thanksgiving is to do just that: Give Thanks. And one cannot do that without a Thankful Heart.

I contend that one’s actions and one’s words come directly from one’s heart. In fact, words and actions are an indication of the character and the being of that person. Think about that for a minute: how can someone with an evil heart give a meaningful good gift? How can someone with an evil heart say a truly kind and loving word? I don’t think it is possible. Yes, they will try, but I believe (and I hope and pray) we are savvy enough to pick up on the insincerity of the gift or word.

So, I’m asking that this season, this holiday of Thanksgiving, we look at not only what we have, the gifts and all the good things that have been dealt to us, but we look at our words and our actions. Are what we say and do reflective of the heart that resides within us? Can we do more? Can we do better? In addition to being grateful for what we have, can we share that gratefulness to others in a kind, compassionate, and meaningful way? Something to think about . . .

My newest book, Betrayed, is now available on Amazon and Barnes and Noble. You will find the link for Amazon at: https://amzn.to/2EKHudx

Betrayed was featured in a Blog Tour. The idea is each day, a writer/blogger/reviewer would post a review. I was so pleased with the response. Some of the reviews from that tour are: