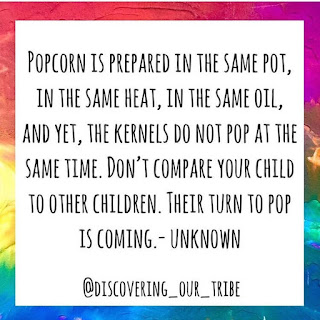 Kim and I have two daughters, Hannah and Emily. They are so much alike, but they are also so different from each other. One is a bit more reserved than the other. One likes to organize and plan down to the moment, while the other can plan if she wants to, but is more apt to roll with it.

Way back, I remember Hannah taking her first steps. Kim and I were at a friend’s house. Bret and I were in the living room eating pizza, when Hannah stood up on wobbly legs and walked across the room. I remember sitting there stunned. Kim and I expected it. We knew it would happen. We just didn’t know when it would occur. Then all of a sudden, it happened.

For the life of me, I cannot remember Emily’s first steps. I remember the “cruising” portion of her life where she would use a couch or a chair for support as she moved. Often, she would do this when tired. She would cruise in my direction, climb up on my lap and fall asleep. Kim and I would joke that I was Em’s teddy bear.

Same thing with reading. When we were potty-training Hannah, we’d sit her on her own “throne” and read a book to her. One day, we found Hannah’s teddy bear sitting on the “throne” and she was reading a book to it. We have the picture of her doing this. Both of us laughed, thinking that it wasn’t exactly what we had in mind, but oh well.

In Kindergarten, the teacher thought Emily had a reading problem. Weird. Kim and I never noticed that. She read early and often to be exact, so we didn’t know what she meant. I remember a time when she sat in her corner of the couch (think Sheldon Cooper on “Big Bang”). Hannah went into the kitchen, walked into the family room stopped in mid-step and stared at Emily. She said, “Emily, what’s wrong with your eyes?”

Emily was reading so fast that her eyes rocketed from side to side. In fact, Emily was so engrossed in her book that at first, she didn’t hear Hannah. I still think about that and chuckle. In 9th grade, Emily used post-it notes to organize “All Quiet On the Western Front” so she could better discuss it in class. The planner and organizer of the two.

Same kind of thing happened between my brother, Jim, and me. Jim is four years older than I am. In high school, he struggled mightily. He just didn’t “do school” well. Tried college and a tech school with pretty much the same result. Enlists in the Air Force, does a stint in Vietnam, comes back, goes to college and graduates with honors with a double-major in Art and Architecture. Ended up teaching business classes at a community college.

I breezed through high school. I think because I did, I ended up struggling in college. I never had to study, so I ended up not knowing how to study. It wasn’t until grad school that it “clicked” for me.

Each kernel sits in the same pot. Same heat. Same oil. But they don’t pop at the same time. Some might pop only partially, while others might not pop at all.

And I think each of us are like popcorn. Why shouldn’t we be? We develop at our own pace and in our own time. Some of us “pop” quickly, while there are those of us who “pop” slowly and over time. That’s okay. For kids. For us. Kids . . . we . . . will get it eventually. We all do. Something to think about . . .