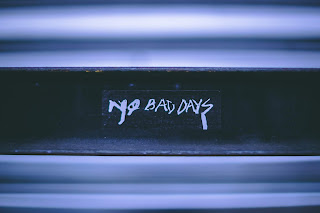 About two or so weeks ago, I was struggling. Things weren’t going the way I wanted or hoped they would. An angry parent or two who didn’t bother to speak to me but directed their anger to someone else, who then informed me. An angry teacher. A couple of angry kids.

Admittedly, I was down. I tend to wear my heart on my sleeve, and my mood tends to show despite my efforts at hiding what might be roiling around inside me.

Into my office walked a teacher. Upbeat. Positive. Happy.

She sits down and the conversation went sort of like this:
“Is something wrong?”
My response was to shrug and say, “Just a bad day.”
She hesitated and said, “Well, I’m sorry if I add to it, but I felt I needed to tell you that my cancer is back.”

First of all, this young lady has been and is a trooper. She has battled and battled, and I have no doubt she will keep doing so. I cannot imagine the fear and anxiety she must have. Yet, the words didn’t match her outward mood. Knowing her for the past eleven years, that is typical for her. She is a walking, talking ball of energy, and a motivator. A class act in the classroom, in the hallways, among her peers, and in meetings. I like being around her because she is so positive.

And positive despite the cloud hovering over her. Despite her news, despite what she is going through.

How unfortunate that I might display my mood when all around me, there are many others who are going through so much more significant trials and troubles than I am.

I know of three kids in wheelchairs and will be for their lifetime, while I have the ability to walk and run. A young lady has to worry about someone’s perfume, cigarette smoke, vaping because she has an extreme reaction to most things we might not even notice, and when she does, she is carted away in an ambulance due to her asthma. Kids with peanut allergies who, if not acted upon quickly, could die from mere exposure to it. A young man whose personality and smile is so big and so broad he makes me smile just thinking about him. He suffers from a muscle disorder and his fine motor skills are lacking.

Nothing in my “bad day” compares to any of the above.

I . . . and perhaps you . . . need to consider our own reactions to our own circumstances, and how this might affect not only ourselves but others. How does my . . . your . . . “mood” affect the moods of others? How does my . . . your . . . words and stories affect the thoughts, and feelings, and mood of others? So much of what we say or do impacts the heart and soul of others without our knowing it. It is tragic and criminal if we do know it and proceed anyway.

Perhaps we need to stop, or at least pause, to think before we speak, before we unload on someone. Perhaps we need to consider just how “bad” our day, our lives really are in comparison to the lives around us. We might be surprised that no matter what we are going through is nothing in comparison to what the guy or girl sitting or standing next to us, or walking down the hallway in the opposite direction is going through- even if she or he wears the smile and laughs at the joke. Something to think about . . .

P.S. To that teacher who is battling cancer who apologized to me for adding to my “bad day” I know you are reading this. I just want to say you are stronger than just about anyone I know. My thoughts and my prayers have been with you and will be with you. Take care and we’ll see you soon! You’ve got this! I believe in you! God Bless!