Fury Outside, Peace Within 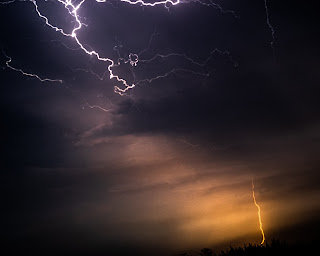 Any term will suffice, but I’ll choose overwhelmed. I know many of you feel it too, whether it is now or in your recent past or perhaps facing it in the future. Seems like we can’t get the sleep we need or the food we like or the people to see our needs- some of which we hide, some of which we display up on a billboard.

The struggle hurts. Sometimes hurts so very much.

We don’t see the bruising that takes place, because the struggle is in the heart and soul. This struggle affects one’s health and mind. It can wreck you . . . me . . . us.

I wrote two posts back in 2014: “The Anchor Can Drown” (1-17-14) and “We All Have Scars” (3-11-14) that speak to this and can be found at https://jrlewis.blogspot.com One speaks to the battles, the struggles we encounter in life and the fact that we’re still standing, while the other speaks to the fact that some of the strongest among us, those who we look to for support and strength sometimes have the hardest of struggles because they have nowhere to turn and no one to turn to. There is the feeling of aloneness, of loneliness.

When my daughters are frustrated or worried or confused; when there are people who impose their own “crap” on them (on us); when life isn’t neat or orderly or particularly satisfying at the moment, my advice has always been the same: “You can’t control them or that. You can only control yourself and your reaction to it.” I remind them that they’ve encountered far worse and are still standing. I remind them that when they’ve encountered a setback or two or ten, they’ve kept walking and ended up, though a bit battered and somewhat bruised, stronger because of that struggle.

While there might be fury outside of us, there can be peace within us.

But as night ends the day, as the moon replaces the sun, and even when clouds darken the sky, a new day will come, the sun will replace the moon, and eventually, the clouds dissipate and we see blue sky once again. It happens. For you. For me. For all of us.

Perhaps it’s a good idea to remind ourselves that while there is fury all around us, there can be peace within us. Perhaps, we can remind each other of this truth, and perhaps, we can be a support- not a disturbance- for each other. Perhaps that is what we are meant to do. Perhaps that is one of the purposes of our life. Perhaps. Something to think about . . .

Photo Courtesy of O0mix0O_Pix and Unsplash