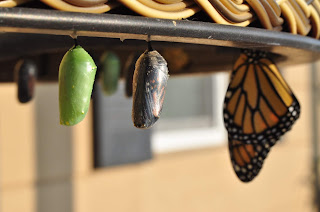 Recently, I attended a workshop as part of my recertification as a counselor. The workshop was mostly made up of other counselors, a couple of social workers, and another principal who like me, left counseling to become an administrator. In fact, he and I became principals in the same year in our current district.

The workshop centered on Adolescent Mental Health. A lofty topic, to be sure, and one that could be explored from many angles and through many lenses for multiple days. But this particular workshop was only meant to be a refresher for us.

Interestingly, anxiety was a major topic. Types. Symptoms. Causes. Results. Substance issues. Alcohol. Sex. Suicide. Time was spent on how to identify and speak to a teen (or anyone) who had these issues.

Parts of a video of Kevin Hines was shown and discussed. Kevin survived a suicide attempt when he had jumped off the Golden Gate Bridge- something that is almost always lethal. His story can be found at https://www.psycom.net/kevin-hines-survived-golden-gate-bridge-suicide/ and it is worth the few minutes to read and watch.

For me, my reflection dealt with my role as dad. How I might have created stress and anxiety for my kids without realizing I was doing so . . . am doing so.

I am the first to admit that as a parent, I have made mistakes. I think as parents, each of us can relate to that statement to one extent or another. But truly, I’m looking at me and at my role as dad. So yeah, I’m ashamed to say I’ve made mistakes. It wasn’t out of meanness on my part. Honestly, it was out of love, out of concern.

I know it isn’t easy being a principal’s kid. Hannah was told she made varsity soccer and started at goalie because of me, not her talent, effort, or desire. Emily had a similar experience. So, I guess my role, my job had something to do with it.

In other respects, I stood helplessly by watching my kids head for a speed bump, as I call them, and wanted to intervene, to protect, to insulate. I wanted, and want, my kids to succeed, to do well, to do better than me and I think that is where their anxiety, if they have it, stemmed from.

Was my expectation too lofty, too great? Did I unknowingly apply too much pressure- perceived or real?

About a year or two ago, I wrote about a woman who found a butterfly emerging from its cocoon. It was weak and struggling. In an attempt to “help” the butterfly, the woman took apart the cocoon so that the butterfly would be free. But in doing so, the butterfly’s wings and legs were too weak to support it and the butterfly died.

I see caring parents and caring adults intervene on behalf of their kids. “This punishment is unfair because he’s a good kid, he doesn’t do any wrong.” “My kid has never been in trouble before.” “My son should be playing more.” “My daughter should have made the team.” And so on. I hear it and I see it. In some cases, I suppose, justified. In other cases, well, not so much, and it only hinders or harms the kid.

I think a balance needs to be struck between when to help and run interference, and when not to. I still mess up. We will all mess up. Even with the very best of intentions we mess up. Out of love. Out of compassion. Out of care and concern. But sometimes, we have to realize that there will be growth and strength if we allow the struggle, and accept the consequence of a poor choice or decision. Ultimately, the kid will survive just fine. Perhaps not so much if we help remove the kiddo’s cocoon. Something to think about . . .

Photo courtesy of Suzanne D. Williams and Unsplash
Posted by Joseph Lewis at 10:18 AM