It Takes Just One 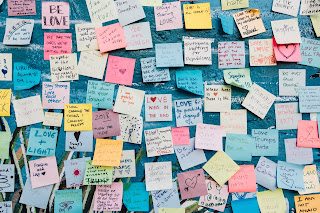 A teacher sent me an email earlier this week. Not a request or a hope for or a complaint. Nothing like that.

You see, this teacher sends “positive” emails to the parents of students every so often. Sometimes she hears back from a parent- generally a thank you or an I appreciate it type of email- other times she doesn’t receive anything. She gets it. I get it. Parents, like all of us, are busy.

However, this time, she received a response. It read:

Ma’am,
This email just made my entire week. Never in the history of having ___ in school have
I received a positive email about him like this. He has always struggled in school, and
loves your class. This just made my heart happy to read. Thank you so much for letting
us know.

“Never in the history of having ____ in school have I received a positive email about him like this.”

The teacher wrote to me:

It broke my heart that no one ever took the time to write a positive message to this
student’s parents. It makes me want to send a note home to all my students. I know it is
extra work, but I never realized how important these little messages are. I know this
might sound corny, but it is too bad we can’t get more teachers to do this. Just a
thought…

We, like kids, receive criticism all the time. Maybe not all the time, but sometimes. And when we do, little is recognized for the good we do or attempt to do. It causes anxiety, a bit of fear and possibly, a lot of dread.

But we’re older. You’d think that will all of our experience with life, with people and the situations we’ve been in, we can deal with it, right? Hmmm . . . probably not so much. Criticism stings. It hurts. Human nature is that even though we receive four compliments, we tend to focus on that one criticism. (back in September of 2017, I wrote a post titled, “The Dot”)

I believe that one kid’s success is one caring, positive adult away.

Think about that. You all know my story about how a teacher, two of them actually, turned my life around. My last book, “Spiral Into Darkness” was dedicated to them. All it takes is one caring adult to turn a life around. One person to listen, to smile. Can you . . . will you be that one person, that one adult in the life of a kid . . . or adult? Please? Something to think about . . .

I play with the question, Is a serial killer born or made? There are two sub-themes one of family and one on sexuality, and all three collide at the conclusion.

picture courtesy of Kyle Glenn and Unsplash
Posted by Joseph Lewis at 2:05 PM