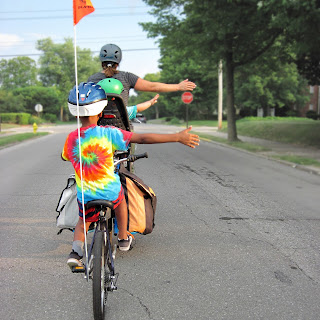 This summer, I didn’t do much. In other summers, I worked as an administrator year-round, with days or a week or two off for vacation. This summer, I helped summer school for one week, and was a remote online learning facilitator. Basically, I did what I wanted, when I wanted, how I wanted. Kim and I had time to spend together and that was fun.

Each July, we take a family vacation. Typically, we head to the beach because our family is a water family. Earlier this month, we spent our vacation in Charleston, South Carolina in a beach house. It was small, cozy, and opened up right on the beach. We saw dolphins. A momma turtle laid eggs, and we saw a volunteer move the eggs to a safer location on the beach, and our daughter, Hannah, helped dig it as deep as it needed to be.

We toured the downtown. Took two boat tours. Enjoyed a horse-drawn carriage tour. Listened to the history of the city and area. We walked miles. We took turns preparing meals or ate out at our leisure.

Then we came home.

It seems that the end of our vacation signals the start of a new school year. Hannah, a third grade teacher in a district in her home town, starts near Labor Day. Emily and her boyfriend begin new jobs in August. Emily, as a therapist, and Q as a special education teacher and head wrestling coach.

Kim begins in a week with what we call, Teacher Week. I am semi-retired working as an online learning facilitator thirty hours a week. I begin with Kim, though I am not “expected” to be present for all of Teacher Week. I work as needed.

All around us. We step on a scale and see the numbers grow- a signal we might need to eat better and get more active. We receive a phone call from a doctor- a signal we have a health check up coming, or perhaps we had one and the results are as great as we had hoped. The check engine light glows ominously on the dashboard- a signal our car needs to be taken care of.

We move slower- a signal we are getting older. We enter a room and forget what it was we came to get- a signal we need to sharpen our memory. We receive news of some sort letting us know of someone’s passing, or a marriage of a dear friend, or a birth of a child, or of someone moving to a different location.

As one season changes to another, as one month fades away and another begins, even as one week ends and another begins, let’s take stock of where we are at the moment. Let’s heed our signals- be them big or small, alarming or not. It’s never too late to change course, to begin again, to renew our thoughts, our hearts, our souls. Never too late. Something to think about . . .

My ninth book, Fan Mail, has been accepted by my publisher, Black Rose Writing. The publication date is March 30, 2023. I am so pleased with this book. It differs from my other work in that it is a coming-of-age story embedded in a tight thriller. More to come on that- I promise!