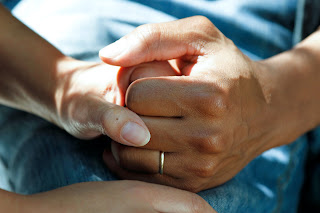 Each night, it seems, we hear news reports of a random shooting, someone killed unintentionally by someone wanting to kill someone else. Sad. Tragic. Disgusting. Senseless. No other words suffice, but even those seem inadequate. While I hear the reports and watch the commentator expressing sadness, hear the parents and loved ones in their agony, it affects me, just like it affects you. At least I hope so.

The thing is, this happens each night. Pick up a newspaper. Pick out a newscast. It’s all on display for us to see. We become numb to it because the occurrences are so frequent. That in itself is tragic, beyond the actual shooting and death. We feel . . . something, I guess, but nothing like the victim’s family and loved ones.

That changed for me on July 12, 2014, when our son was shot and killed as he walked home from lunch and a quick trip to pick up a couple of things for his and his wife’s new apartment. Caught on a street between two rival gangs. One gang saw a rival, and according to court testimony, a 35-year-old gave a gun to a 15-year-old and said, “Go wet his shirt!”

The only shirt that “got wet” was our son’s shirt. An innocent pedestrian. Collateral damage, it’s called. Rather cold, don’t you think?

I was reminded of that as I sat and watched David Muir interview three Capitol police officers about their experience and aftermath of January 6, 2021. Their experience, their ongoing trauma. One man nearly crushed to death, caught between a crowd and a door frame. One dragged down steps face to the stone. One sprayed with so many chemicals, he still has scars. And all of them carry scars on their heart, in their mind, and on their soul.

One congressman described the event later as: “Nothing more than tourists!” even though he helped barricade the doors. A picture shows him front and center, terror on his face. Yet, he called them “tourists.” The former vice president called it “Just a day last January.” Just a day? Even when the “tourists” built a gallows and shouted, “Hang Mike Pence!” Just a day?

A memorial was held on January 6th last week to honor those who died. It was symbolic of what had happened to the victims, to our government, to our country. Only two republicans were present: a congresswoman and her father, a former vice president. Why? Why weren’t more republicans . . . all of them . . . present? Why?

Numb. Substitute one letter and you have dumb.

A Goodreads Giveaway for Blaze In, Blaze Out Began Friday, December 17 and will finish at 11:59 PM PT on Saturday, January 15. My Publisher, Black Rose Writing and I are giving away 5 copies to Goodreads members in U.S. To Enter the Giveaway, use this Link:

Photo courtesy of The National Cancer Institute and Unsplash.