Appreciating Both Then and Now 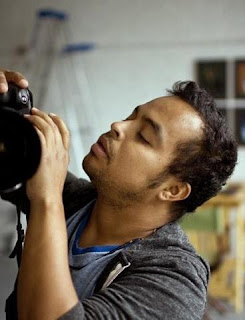 On December 12, 1993, I flew to Guatemala to pick up our adopted son, William. That sounds much easier than it was. Lots of papers to sign. Many people to pay. Excruciating appointments at the Guatemala embassy and at the United States embassy. A physical for William. More paperwork.

I had to travel by myself because on November 11, 1993, Kim gave birth to our daughter, Hannah. While Kim wanted to travel with me, we decided it would be better if she remain behind with Hannah. I think the trip would have been easier with her. I would still have the excruciating appointments and mounds of paperwork, but when pain is shared, it becomes less.

On Wednesday of that week, our “driver” took Wil and me to see Casa Shalom, the orphanage Wil lived in for a year while he waited to be picked up by us. I say, “driver” because, in actuality, Walter was our bodyguard. The adoption lawyer instructed him to never let us go anywhere without him. I didn’t figure this out until mid-week when the lawyer explained that the Guatemalan government was changing its attitude towards “gringos” and adoption.

The trip was both beautiful and sad at the same time. There were two incidents that I still see and feel to this day.

One was of two boys standing away from the rest. It turned out they were brothers. Both were crying, while the younger boy cried harder. I asked Elizabeth, the orphanage housemother, what the older one had said to the younger one. Elizabeth explained sadly that the older boy said, “Don’t worry. Someday we’ll have a daddy, too.” I wanted to take Wil and the two boys with me in that instant, and I knew Kim would have wanted me to. But, the Guatemalan government . . . the United States government . . .

The other incident took place as Walter drove us away from the orphanage. Elizabeth had the kids line both sides of the driveway and wave as we drove off. I barely kept my composure. Wil gripped my hand, and once he saw what the kids were doing, put his head down and wept. So sad. Gut-wrenching.

After leaving the orphanage, we stopped at a mission and an open-air market before we drove back to the city. I had seen missions while we lived in California, but Antigua, Guatemala, was much older than any I had toured. You could see it was old, but it was well-maintained. Dark and Catholic in design. My parents would have loved it.

The open-air market was like nothing I’ve ever seen or experienced. Everything and anything you can imagine was on display for a price. Wil wanted to get Hannah a doll and a dress, so that’s what we bought. As we ventured into the darkened space in the back of the tent, Wil tugged on my arm and held his nose. I didn’t know what he was trying to tell me until the smell hit me like a heavyweight’s sucker punch. Meat hung from rope or string. Flies galore and the merchants didn’t wave them away. Perhaps they had given up. As I write this, I scrunch my face because the “smell” lingers in the recesses of my brain.

I contrast the open-air market with my experience of grocery shopping at one of our local stores yesterday. I had a list in hand. A few items, not many, but I wanted to make chili because of the expected snow and colder weather coming our way.

No smell other than a grocery store smell. No flies that I saw. However, there was nothing in the meat section but empty shelves. I bought one of the three remaining quarts of milk. I almost lost out on a can of Great Northern Beans I needed for the chili recipe, but a lady put one of hers back on the shelf. In the end, I escaped with what I needed, mostly. I was happy to get out of the crush of panicked people pushing grocery carts and standing in line to pay. Happy to come home to my house and Kim, our dogs.

Both experiences, the open-air market and the local grocery store, made me realize that Kim and I have what we need. We’re okay. We’re satisfied. We’re content. And while we are doing okay, there are others who aren’t. Others who struggle to put food on the table, struggle to find a warm place to sleep or even a warm place to live. There are others who don’t have a well-stocked pantry or refrigerator. Some might not even have a pantry or refrigerator. Both experiences make me appreciate what I have and where I live. Happily so. I hope those of you reading this are content, too. And, I hope you think of those who aren’t, who have less. Something to think about . . .

The Goodreads Giveaway for Blaze In, Blaze Out ended yesterday Saturday, January 15. It was highly successful. There were 2239 entrants, and 2104 marked at as “To Be Read” on their Goodreads shelf. My Publisher, Black Rose Writing and I are giving away 5 copies to Goodreads members, and the winners are: