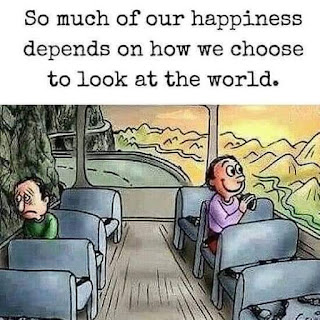 I was twenty-two when I moved to Wyoming for my first teaching and coaching position. I had never lived there, and only traveled there once with my family when I was in middle school. I took that job because of my fascination with the west and with cowboy and Native American lore. I love that era of history. My books are filled with contemporary images and settings.

I lived in the very eastern, but middle part of the state, just miles from Scottsbluff, Nebraska, in what they call the Nebraska Sandhills. I lived in two towns while I was there, Torrington and Yoder. Torrington was the larger of the two, but still small compared to where I grew up. Yoder had a population of 101 when I was there. It had an elementary school, a gas station, a bar, and a post office.

One of my students took me on a drive to a bluff, a small mesa, and we climbed to the top. Not at all a struggle. In fact, that image of and trek up that mesa became the image and setting in several of my books. I’ve not been back there in ages, and I even wonder if I could find it again.

Just like the song sung by the Who, ‘I could see for miles and miles’. Nothing but flat grassland and fields of wheat.

Even at a lower level of terrain, one could still see forever. I watched many storms build in the northeast and roll across the prairie. I watched sheets of rain creep closer and closer until I felt mist on my face and arms. I would then run for cover.

During one or two summers, I drove wheat truck for Gerald and his brother, Harold. The day would begin early, just before sunup. I’d climb in the truck and drive to the field. The harvester would pull filled with wheat, dump it in my truck, and I’d drive it to the granary to unload. Then I’d drive back and repeat the process, stopping only for lunch or to fill the truck up with gas.

Gerald and Harold knew the weather could be unpredictably predictable. They knew it would rain about three o’clock in the afternoon most days. Other days, especially in late summer, the storm could bring hail. They discussed taking out crop insurance in case a field or two would get wiped out, but in their experience, they’d take it out on one or two fields, not on the others, and the fields they didn’t get the insurance on would get the hail.

While disappointed them, they would shrug it off and accept it as something nature would do. It would happen whether they fretted about it or not. They would take it in stride, collect their remaining wheat from the untouched fields, and move on.

One rancher spent thousands of dollars on a bull. He had hoped the bull would provide stock for years to come. However, several days after the purchase, it was struck by lightning and it died. He had insurance on it, but as he said with a shrug, “I’d rather have the bull.”

I spent three years in Wyoming, and I learned many life lessons. Who would not at age 22? Some lessons stuck with me, while I with other lessons, I still struggle.

Watching a storm creep along the prairie, I knew it was coming and there was little I could do about it, except to get out of its way and find some shelter. The storm would pass, and the sun would shine, and life would move on. There were many storms. But there were many wonderful days spent under the sun and the brilliant blue sky. Many more days like that than the ones filled with a passing storm.

And stuff, like hail hitting the uninsured field or lightning killing an insured bull, happens. Nothing I, or the ranchers, could do about it. It happened, and with a shrug of a shoulder, we move on.

I still struggle with the stuff happening lesson. I play the ‘what if’ game, and it drives me and others around me crazy. I can spend precious minutes, hours, even days, worrying and wondering about stuff I can’t control. Why bother? Maybe I should be more like Harold and shrug at the ruined wheat field. Maybe I should be more like Sonny and shrug at the death of the bull. Not much I, or we, can do anyway, right? Maybe we should learn to take care of the things we can control to the best of our ability, and then when things we can’t control happen, remember that we did the best we could.

If we see a storm rolling toward us, maybe we can remember all the sunny days spent under the brilliant blue sky and still smile. After all, the sun is still shining somewhere. We just can’t see it at the moment. It’s still there, and it will shine upon us once again in time. It always does. Something to think about . . .

Blaze In, Blaze Out, is available for preorder until 1-6-22. Save 15% by using the promo code: PREORDER2021 it at my publisher’s website at: https://www.blackrosewriting.com/mystery/blazeinblazeout