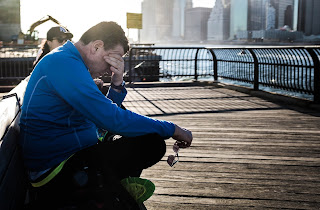 Time is precious. In our society’s push to produce more, faster, and better, we lose sight of what is important and what is necessary.

That point was driven home to my family in July 2014 when our son, Wil, was taken from us suddenly, viciously, and needlessly as he walked home from eating lunch. Collateral damage caused by one gang’s pursuit of another. Used as a shield so the intended victim could escape. The importance of time, the importance of each moment was a hard lesson for our family, for me, to learn.

I see it now in the battle with Covid. Not just for those who pass away from it and in the families who struggle with death, but for those who care for the sick and the dying. I see it in teachers struggling the past two years to do their jobs in the worst conditions imaginable. Kids, teachers, staff, and administrators stressed and strained over what to do, how to do it, and the inability to reach insurmountable goals and expectations with passing rates and test scores.

Teachers, staff, and administrators tasked with more and more, and with little thought of their own care, their own health- physical and mental. Parents not knowing how to help or what to do.

And, if we don’t take time to appreciate each and every moment presented to us, what possible good comes from that?

For thirteen years, Greg has been a friend of mine, someone I respected. I respect his judgment, his kindness, and his deliberate leadership. For thirteen years, he was a colleague. He was principal of one high school, while I was principal of another. For the last two years, I have had the privilege of being on his staff as an hourly employee. In my semi-retirement, I am a teacher once again. Loving it, and realizing again how tough it is, how hard it is.

. . . and we realize that we lost our parents, friends.

So . . . Let’s try, despite everything, to enjoy the remaining time.

Let’s put some color in our gray.

Let’s smile at the little things in life that put balm in our hearts.

And despite everything, we must continue to enjoy with serenity this time we have left.

Let’s try to eliminate the afters.

I’m doing it after.

I’ll say it after.

I’ll think about it after.

We leave everything for later, like ‘after’ is ours.

Because what we don’t understand is that:

Afterwards, the coffee gets cold.

Afterwards, the charm is broken.

Afterwards, the kids grow up.

Afterwards, the day becomes the night.

And then it’s often too late.

So… Let’s leave nothing for later.

Because still waiting to see later, we can lose

The day is today.

The moment is now.

We are no longer at the age where we can afford to postpone what needs to be done right away.”

Greg’s words at the end of his weekly message were:

It Looks Like an Eternity, But It’s a Short Trip; Enjoy Life and Always Be Kind.