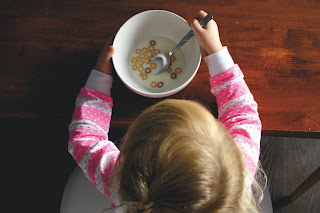 Kim and I watch NCIS on weekends and often during the week when there is a marathon going on. We like the show mostly because of the characters, their interplay with one another. The stories themselves are often secondary.

The same thought runs through my mind when one of these commercials air: how can someone, anyone, hurt an animal. Why? To what end?

This past week, a story appeared in our local newspaper (yes, I still subscribe) about a woman sentenced to prison for abuse and neglect to her five-year-old son. Again, why? I realize there are adults out there who are ill-equipped to raise children. Mentally, emotionally, physically incapable. It frustrates, angers, and saddens me.

As a teacher, counselor, and administrator for 46 years (and counting), I would think I heard it all. You would think I would have toughened up, hardened up, and developed a shell by now. Yet, I hear a story like this and it still shocks me, saddens me, and angers me. Always does. I try to skip the story, but I can’t. And honestly, I won’t. Not sure why.

There is this young man in my class. His grade has plummeted. He does nothing. Literally, he sits for 85 minutes and stares at his fingers. Sometimes, he puts his head down and sleeps.

At first, I was annoyed. I mean, he’s a senior, and a high school diploma- as small as an achievement as that is, in reality- is still a doorway to another world out there for him. Didn’t he get that?

And then, like other kids I’ve encountered along the way, I find out his story.

He’s the oldest of several other siblings. No dad in the picture. Mom speaks little, if any, English. No money. Barely enough to eat. Might lose the apartment they are living in. Forced to work full time at night to help provide. Not enough sleep. No chance for homework.

And at this point, as much as I want to preach about the importance of a high school diploma, he and his brothers and his mother need to survive. Food and shelter take precedence. School? A distant point somewhere past the horizon.

And this is just one kid I know about. What about all the other kids I don’t know about? Kids who hide behind a smile, whose bellies are aching from a lack of food, who are drop-dead tired from a lack of sleep, or from sleeping on a floor or couch, or from having to help provide.

We might not care about dogs or elephants, but surely, can we care about kids, others who don’t have what we have? And not just care, but perhaps do something for those kids and others? Something to think about . . .

My book, Caught in a Web is on sale for $0.99 for only two more days- Today and Tomorrow! Caught in a Web: A PenCraft Literary Award Winner! Named “One of the Best Thrillers of 2018!” by BestThrillers.com

This past week, my book, Betrayed, won its fifth award! It was named a PenCraft 1st Place Winner for Thriller-Fiction! It felt special as I wrote it, and I’m happy and humbled so many have enjoyed it.


Blaze In, Blaze Out, is now available for preorder. Use the promo code: PREORDER2021 and order it at the publisher’s website at: https://www.blackrosewriting.com/mystery/blazeinblazeout