Control Over Our Buttons 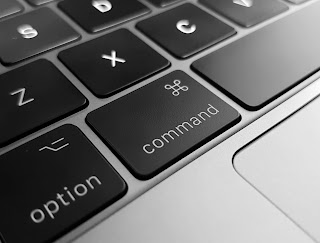 Yesterday, our daughter, Hannah, visited us with her dog, Teddy. He’s a Golden Retriever. We have a puppy, just over a year old, who is also a golden. Daisy, our dog, is stubborn and get jealous rather easily.

Last night, Hannah sat on the couch with Teddy sprawled out on her lap. Comical, in that Teddy is super large for that breed, and Hannah is on the short side. Daisy wanted to join in and attempted to launch herself onto both Teddy and Hannah.

Hannah pointed at Daisy and said, “No, don’t even think about it!”

Teddy, put his paw on Hannah’s arm pushing it down.

Daisy attempted another launch, and Hannah repeated, “No, Daisy, don’t!”

Again, Teddy placed his paw on Hannah’s arm pushing it down.

In the end, Daisy lay down on the hassock and stared at the two of them longingly.

Hannah explained that Teddy doesn’t like the word, ‘No’ and doesn’t like anyone raising his or her voice around him.

Interesting that Teddy is quick to pick up on tone of voice, gestures, feelings. He became protective of his buddy, Daisy. They had played long and hard all day. Each dog mopes and sulks when one or the other leaves for home. Daisy is in equal parts tired out from rough-housing, and sad that Teddy has left.

One of my contacts on LinkedIn, Linda Breedlove, posted this the other day. The story is of unknown origin.

This is a story of two dogs.

Both, at separate times, walk into a room.

One comes out wagging his tail, while the other comes out growling.

A woman watching this goes into the room to see what could make one dog come out so happy and the other so mad.

To her surprise, she found a room with many mirrors.

The moral of the story is this: what you see in the world is a reflection of who you are.

When I taught psychology many moons ago, I told my students that no one can make you feel one way or the other. The way we feel is a choice. We choose the way we feel: happy, sad, angry, indifferent. We choose our reaction to any given individual and situation. We are in control . . . or not, as the case may be. I reminded them that it sometimes isn’t easy to remember that especially when someone or something pushes one of our buttons. The trick is to take back control of the button, our buttons. Don’t allow anyone else to assume control.

Lastly, like the two dogs entering and leaving the room of many mirrors, we choose from moment to moment how we feel. Much of that feeling stems from our attitude going into and coming out of any given situation and circumstance. We can allow that control to be given to others, but why would we? Why would we allow someone else to control our thoughts and feelings as if we were a marionette?

I leave you with this thought from Greek philosopher Heraclitus:

“The soul is dyed the color of its thoughts.

Think only on those things that are in line with your principles and can bear the light of day.

Day by day, what you do is who you become.

Your integrity is your destiny — it is the light that guides your way.”

Definitely something to think about . . .

This week, I received word that my newest book, Betrayed, won the Literary Titan Silver Book Award. Happy about that. You can find Betrayed on Amazon and Barnes and Noble. You will find the link for Amazon at: https://amzn.to/2EKHudx

Some recent reviews for Betrayed: