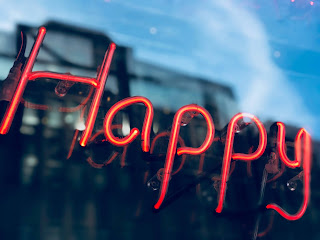 Back when I was growing up, I couldn’t wait to get the Christmas edition of the Sears catalog. My brothers and I would hunt through it to find the best toys for Santa to put under our tree. I remember wanting a football helmet, shoulder pads, and a football. Those were my big three items. As I grew older, a BB gun. We lived out in the country next to what was then the Milwaukee River. We had a huge yard where we would choose up sides for football or softball. The yard next to the river would be great for shooting my BB gun.

There were two things I didn’t know at the time I paged through the Sears catalog. The first was that Santa didn’t exist. I believed Santa to be real. I swallowed that fairy tale hook, line and sinker. Most kids did, or do, I guess. My own certainly did until they got older. The second thing I didn’t realize was that my family was poor. Whatever it was, we wanted out of that catalog, it was up to my mom and dad and their meager finances to secure. Even as I think back on it now these many, many years since, I feel guilty.

Yes, I did get my helmet, shoulder pads and football. And yes, I eventually got a BB gun when I was older.

The thing is, I ended up outgrowing my helmet and shoulder pads. Yes, I wore them in and out of football season, but I grew. Eventually, they ended up in the toy box. After that, who knows where they ended up. The dump or Goodwill, I suppose. The football and BB gun lasted the longest, but eventually, the football ended up as a toy for the dog, who punctured it as she played fetch with us. I don’t know what happened to the BB gun. Gone, but I still remember it fondly.

Those things I wanted, well, I grew up and they grew old and became unwanted. Sadly. A memory.

I came across an article on LinkedIn. I forgot who had posted it and I’m sorry for that, because I want to name the author. But the article, like others, hit me. It goes like this . . .

A professor gave a balloon to every student, who had to inflate it, write their name on it and throw it in the hallway. The professors then mixed all the balloons. The students were given 5 minutes to find their own balloon. Despite a hectic search, no one found their balloon. At that point the professors told the students to take the first balloon that they found and hand it to the person whose name was written on it. Within 5 minutes everyone had their own balloon.

The professors said to the students: “These balloons are like happiness. We will never find it if everyone is looking for their own. But if we care about other people's happiness, we'll find ours too.

I thought the helmet, shoulder pads, and football, and eventually the BB gun, would make me happy. And they did, for a short or long time. But eventually, like most things, the happiness ended and I was off to seeking other things. That’s the way of it, isn’t it? Like the balloon, I searched and couldn’t find it.

What I do know now was that the helmet, shoulder pads, football, and BB gun made my parents happy because they knew and saw how much I enjoyed them. Even in their, our, poverty, they found joy in making me and the rest of us happy. As parents with our own kids, or as friends to other friends, it is that joy of giving to someone that makes us truly happy. Not so much the gift, but in the giving.

If we don’t learn anything else in this crazy year, I hope we can learn and remember to give in order to receive, to help others, to lift up others, to comfort others, because if we do that, we will be helped, and lifted, and comforted. Yes, we will end up happy. Because, in my very humble opinion, that’s what happiness is. Something to think about . . .

Betrayed is Discounted for Kindle on Amazon for only .99 for Today and Tomorrow Only. The sale ends on Monday, 12-14 at Midnight. Don’t wait! https://www.amazon.com/dp/B08GCTV2XH

This novel is an action-packed thriller that will keep the reader turning the pages. The descriptions of settings and characters are extremely well done, and the pacing is perfect. The ending ties up all the loose ends, yet you feel (and hope) there will be more from these characters in the future. Action and adventure are the words of the day in this thrilling, well-written, page-turner from Joseph Lewis.”

Spiral Into Darkness: Named a Recommended Read in the Author Shout Reader Awards!
He blends in. He is successful, intelligent and methodical. He has a list and has murdered eight on it so far. There is no discernible pattern. There are no clues. There are no leads. The only thing the FBI and local police have to go on is the method of death: two bullets to the face- gruesome and meant to send a message. But it’s difficult to understand any message coming from a dark and damaged mind. Two adopted boys, struggling in their own world, have no idea they are the next targets. Neither does their family. And neither does local law enforcement. https://amzn.to/2RBWvTm
Caught in a Web: A PenCraft Literary Award Winner!
The bodies of high school and middle school kids are found dead from an overdose of heroin and fentanyl. The drug trade along the I-94 and I-43 corridors and the Milwaukee Metro area is controlled by MS-13, a violent gang originating from El Salvador. Ricardo Fuentes is sent from Chicago to Waukesha to find out who is cutting in on their business, shut it down and teach them a lesson. But he has an ulterior motive: find and kill a fifteen-year-old boy, George Tokay, who had killed his cousin the previous summer.

Detectives Jamie Graff, Pat O’Connor and Paul Eiselmann race to find the source of the drugs, shut down the ring, and find Fuentes before he kills anyone else, especially George or members of his family. https://www.amazon.com/dp/B07CKF7696

Photo Courtesy of Stan B and Unsplash