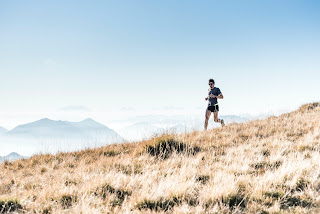 I’ve been in and around athletics for most of my life. I’ve either played it, coached it, or watched it. Kim and I began watching soccer when Wil was seven, and now that Emily played her last season and game last year, we have no clue what to do with our fall weekends. We think we might have to adopt a kid to go watch him or her play.

I’ve been fortunate to coach basketball at the middle school, high school and collegiate levels. Pretty remarkable, since I was only a marginal player myself, and ended up getting cut as a junior. The coach told me that there weren’t two seasons of football – one with pads and one without. I don’t think that was a compliment to my athleticism.

The thing is, I could see the game. I could spot an athlete, and more importantly, a basketball player.

I had the good fortune to have excellent players that made me look great. Rob, Gene, Mike (I coached three or so in high school), Steve, Tony, Al, Dave, Kurt, and so many others. Two ended up being “Mr. Basketball” for the state of Wyoming when they were seniors. Several went on to play at the collegiate level.

After winning a state championship in Wyoming, I was recruited to coach guards at the collegiate level. That changed when the head coach walked into the office, threw a credit card and a map of Chicago on my desk and said, “I need you to find me some players.”

I looked for more than a kid who could shoot. I like quickness, vision, “basketball smarts” as they say. But I also used to sit in the student section and would ask the kids around me about this player or that player. The kids were brutally honest and more than once did I turn away from a kid.

To reach the “star” high school level and most assuredly to reach the collegiate level, the athlete needs more than athleticism. There are quite a few gifted and talented athletes I passed on, both at the high school level and at the collegiate level. They might not have been “good people” or they sometimes took plays off during a game. They didn’t care enough about themselves at night or the weekend to remove themselves from alcohol or other substances.

But mostly, it was a lack of perseverance. They gave up too often and too early, particularly when it got tough.

My wife and I got back from a vacation we took with our daughter, their boyfriends, and dear family friends we haven’t had the opportunity to spend much time with. One of their boys, Jimmy, is getting ready to head to Temple on an academic scholarship. But he also runs cross country and track. Now, it was a vacation. One week at the beach. Great weather, although beastly hot. Who wouldn’t take a bit of time off from working out?

Fourteen miles one day. Eleven another. A forty-five-minute workout after running a short six miles. Worked on his craft everyday during that vacation. Probably not the fastest runner in the world, though he is pretty darn fast. Might not make the Olympics. Will have to work at Temple. But he did work and he will work.

When I mentioned to his father that I was impressed and proud of Jimmy for how he worked each day, his father simply said, “It’s been that way for four years. Longer than four years.”

And, Jimmy is a nice young man. Bright. Quiet. Will talk if you speak to him, but is content to listen rather than not.

Athleticism goes a long way. So does character. Often, character will tip the scales in favor of this athlete or another. But as important as athleticism and character are- and in my mind, they are important, I will look at perseverance. In athletics. In school. In a marriage. In life. Perseverance sets one apart from all the others. Something to think about . . . Below is the book blurb. Pretty excited about it.
A late-night phone call, a missing kid, a murdered family, and no one is talking.

Book Three of the Lives Trilogy, Splintered Lives:
A 14-year-old boy knows the end is coming. What he doesn’t know is when, where, or by whom. Without that knowledge, neither he nor the FBI can protect him or his family. http://tinyurl.com/Splintered-Lives-J-Lewis