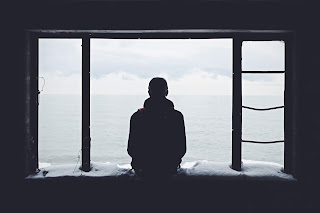 I have always been into music. Once I hear a melody that interests me, I tend to focus on the lyrics. There are three songs that I’ve been thinking about lately, and the three songs seem to be linked to the same theme.

“Big League” by Tom Cochrane and Red Rider is an older rock tune. It’s based upon a true story. After a concert one night, a father and son approached Cochrane and talked about how much his music meant to them. The son was in a wheelchair, a quadriplegic. He had been on the fast-track to a hockey scholarship and potentially a hockey career when a traffic accident ended that dream. Cochrane wrote the song for the young man and it talks about hopes and dreams sometimes not coming to fruition, sometimes taking a tragic turn.

“Unanswered Prayers” by Garth Brooks is a nineties country song that has a twist to it. In it, he talks about the girl who he thought he liked and who he thought was his dream girl, who he thought he would end up with. It didn’t turn out that way. Instead, he reminisces about how he thought she was the one, but was happy that this particular prayer wasn’t answered the way he had first wanted it to end. His lyric, “Some of God’s greatest gifts are unanswered prayers” seems to say it all.

In “Chapters” by Brett Young, featuring Gavin DeGraw, is a personal song about where Young’s life was, where it is now, and where it is going. At one point, Young was quite the pitcher and he thought that was where he was headed. But stress and strain and a doctor turned that dream into, well, a dream that became unfulfilled. Yet now, while he enjoys baseball, he is a successful country artist. A change in direction, whether he wanted it or intended it or not.

I think the theme, and there are several I suppose, each of these songs talks about is how life changes. It moves and breathes and doesn’t stand still even though we might want it to. A moment is just that, a moment. It happens, it passes and it is gone before we know it.

Life, and time, sometimes makes a fool of us all, don’t they? The life we think we have planned, takes a twist, a turn and we end up in a spot where we scratch our head and wonder, ‘How did this happen?’ And, time, well what can I say? Here a moment, gone the next. What we have plans for disappear because we didn’t act on them right away. The moment leaves us, people leave us, or we are called away. The moment we were in vanishes.

What we have left are memories and wistful thoughts and sometimes regrets, colored and clouded with age and time.

Each of us have wants, which are different from needs. Some are easily fulfilled, while others take some work, some planning and some time. In the end, they may or may not happen. Often, something better or at least different in a satisfying way comes along. Nothing is ever perfect, is it? There are bumps. There are the inevitable ups and downs, the struggles and strains, as well as smooth paths and patches where we can settle in, shut our eyes, smile and breathe deeply. Yes, that, too, happens, probably more than not.

Our lives are moments, chapters strung together. Desires and urges, goals earned . . . or not. But in the end, satisfying in its or their own way. As the chorus of “Chapters” goes:

There's no perfect life, you can't hold back time
But you hold on tight, hopin' you might find
Every page you turn is a lesson learned
Ain't we all, ain't we all just tryna get it right?
These are the chapters of my life.

Yeah, just trying to get it right. Hopefully, with a smile and a deep breath along the way. Something to think about . . .

Connect with me on Social Media:
Twitter at @jrlewisauthor
Facebook at: https://www.facebook.com/Joseph.Lewis.Author
Amazon at: http://www.amazon.com/Joseph-Lewis/e/B01FWB9AOI /
Good News!
Spiral Into Darkness was named a Recommended Read in the Author Shout Reader Awards!
Diane Donovan, Senior Reviewer for Midwest Review had some wonderful things to say about Spiral Into Darkness:
“Joseph Lewis excels in building more than just a 'whodunnit' mystery. His is a novel of psychological suspense that weaves a 'cat-and-mouse' game into the equation of dealing with a killer who is much cleverer than anyone he's run up against in his career as a detective. Tension builds in an excellent, methodical manner as Lewis creates a scenario that rests firmly on not just the actions of all involved, but their psychological foundations. The result is a powerfully written work of psychological fiction that is highly recommended not just for mystery and police procedural readers, but for those who appreciate literary works well grounded in strong characters, plot development, and emotional tension. Great buildup, great insights, great reading!”

Best Thrillers had previously reviewed my book, Caught in a Web. It was named as a PenCraft Literary Award Winner for Thriller Fiction! Best Thrillers called it “one of the best crime thriller books of the year!” I am both proud and humbled.
You can find Caught in a Web on Amazon https://www.amazon.com/dp/B07CKF7696 or on Barnes and Noble https://www.barnesandnoble.com/w/caught-in-a-web-joseph-lewis/1128250923?ean=9781684330249

Book One of the Lives Trilogy, Stolen Lives:
Two thirteen year old boys are abducted off a safe suburban street. Kelliher and his team of FBI agents have 24 hours to find them or they’ll end up like all the others- dead! They have no leads, no clues, and nothing to go on. And the possibility exists that one of his team members might be involved. http://tinyurl.com/Stolen-Lives-J-Lewis
Book Two of the Lives Trilogy, Shattered Lives:
Six men escaped and are out for revenge. The boys, recently freed from captivity, are in danger and so are their families, but they don’t know it. The FBI has no clues, no leads, and nothing to go on and because of that, cannot protect them. http://tinyurl.com/Shattered-Lives-J-Lewis
Book Three of the Lives Trilogy, Splintered Lives:
A 14 year old boy knows the end is coming. What he doesn’t know is when, where or by whom. Without that knowledge, neither he nor the FBI can protect him or his family.
http://tinyurl.com/Splintered-Lives-J-Lewis

Photo Courtesy of Noah Silliman and Unsplash
Posted by Joseph Lewis at 10:48 AM