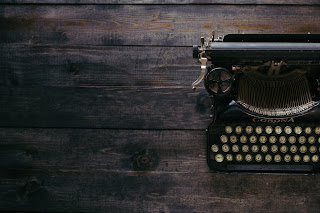 So far, some parts have been happy, while others sad, and still others poignant. The book reflects struggle- both internal and external. Some of these struggles, I think, will be ongoing throughout the book, while others will come and go like the weather.

There have been interesting characters in the pages so far. Some frustrating, others entertaining, and still others I’m not quite sure about. A good book is like that, I think. There is always a protagonist, and there will always be an antagonist or two or six. It depends upon the action.

While it’s only been 17 days, this new book has made me think. It challenges me, causes me to question, to think. Good books do that if we take the time to dig in, right?

Each of us began a new book almost 17 days ago. For each of us, it’s the same length, more or less. It will likely be the same format of 365 pages with 52 chapters.

We started the book separately, but together on January 1st, 2020. We will read . . . and write this book for 365 days give or take. So far, we’ve written about three chapters, or 17 days of joy, sorrow, heartbreak, challenge, pitfalls, mistakes, triumphs. All of it.

I ask the question of you- please take this seriously- how does your new book read? Have you taken an interest in it? Do you read each page and not remember the richness of the words? Is it predictable? Unusual? Interesting? With each page, each chapter, you can make it however you see fit. You are the author. Don’t give the pen to anyone else. Seize it. Embrace it. Live it. And most of all, Love it. Something to think about . . .