End of the Week 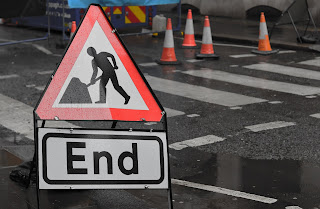 Friday is one of my favorite days of the week. I find that my mood is lighter, I’m happier, and I tend to joke around more. The “push” from the beginning of the week is almost over, if not over. There is, hopefully, a sense of accomplishment. Some goal, some task was met and achieved. Perhaps, there is simply a sense of relief. Most certainly Friday brings us time to pause, time to catch one’s breath.

Friday. Just saying it or reading it makes you feel happier.

Several thoughts with that . . .

The first is that, if we are reflective, we can look back at what we’ve done, what we’ve said, how we acted, and consider if we did the best we could when we could with whom we could. Or, did we hold back and did we leave a bit on the table, so to speak. Because the end of the week allows us to consider our job, our actions, our intents . . . our heart. Then we can use the weekend to recharge, relax, refresh so that when Monday comes around, we can begin anew. We can get it right, or at least attempt to.

The second thought about Friday is that there are some among us who don’t have much to look forward to after today ends. There might be a lack of food, a lack of comfort, a lack of someone to share something . . . anything . . . with. We don’t know what others might be going home to. A lack of support, a lack of love, a lack of . . .

Did I gossip, tear down, use my sarcastic wit to cast shadows and hurt? Did I share a story – true or not – and not care whether or not I hurt someone? Did I pause in my busy day to care about someone, to listen to someone, or did I just go about my day, my week, without thinking who might have needed me for a moment? Was I so into my own world I forgot that others are pulled along with me?

It doesn’t take much to do one or the other. Seconds, minutes. To smile or frown. To laugh or add to someone’s sorrow. To be in the present. To be there for someone other than just me and my own. It doesn’t take much. And if we did slip up along the way this week, don’t worry too much about it. Monday is just around the corner and we get to begin again. We get to start over. And before you know it, it will be Friday once again. Something to think about . . .

Spiral Into Darkness:
Spiral Into Darkness was named a Recommended Read in the Author Shout Reader Awards!
He blends in. He is successful, intelligent and methodical. He has a list and has murdered eight on it so far. There is no discernible pattern. There are no clues. There are no leads. The only thing the FBI and local police have to go on is the method of death: two bullets to the face- gruesome and meant to send a message. But it’s difficult to understand any message coming from a dark and damaged mind. Two adopted boys, struggling in their own world, have no idea they are the next targets. Neither does their family. And neither does local law enforcement. https://amzn.to/2RBWvTm

Book One of the Lives Trilogy, Stolen Lives:
Two thirteen year old boys are abducted off a safe suburban street. Kelliher and his team of FBI agents have 24 hours to find them or they’ll end up like all the others- dead! They have no leads, no clues, and nothing to go on. And the possibility exists that one of his team members might be involved. http://tinyurl.com/Stolen-Lives-J-Lewis
Book Two of the Lives Trilogy, Shattered Lives:
Six men escaped and are out for revenge. The boys, recently freed from captivity, are in danger and so are their families, but they don’t know it. The FBI has no clues, no leads, and nothing to go on and because of that, cannot protect them. http://tinyurl.com/Shattered-Lives-J-Lewis
Book Three of the Lives Trilogy, Splintered Lives:
A 14 year old boy knows the end is coming. What he doesn’t know is when, where or by whom. Without that knowledge, neither he nor the FBI can protect him or his family.
http://tinyurl.com/Splintered-Lives-J-Lewis