Gifts for Any Season 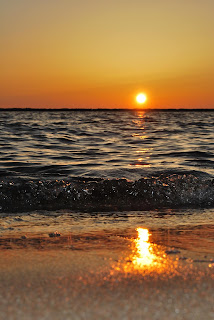 I’ve written before about preparing for Christmas. Typically, we make a list and exchange it. As I get older, my list has certainly changed over the years. I mean, I love music and movies, and I do collect them. A lot of them. And, I can always use a dress shirt and tie as I weed out my closet from time to time.

But as I stated, at my age and as I continue to get older, my list has changed. So have my priorities. I would like to share with you some gift ideas that are unbelievably inexpensive. These gifts do wonderful and magical things to one’s heart and soul. So much so, that as you give them, not only do they benefit the giftee, but they also benefit the giver.

Kindness
It costs nothing, but what a wonderful difference it can make in one’s life. And, it can be given in any number of ways: a gentle touch, a smile, a small note, letting a car go ahead of you as you travel in and out of a parking lot, buying the meal for the car behind you in a drive through. Just about anything.

Listening
So many times we want to be heard. At times, maybe a lot of the time, no advice or sage wisdom isn’t needed (or wanted). But to give the gift of your presence, your time, your ear, can not only bring about the peace in someone’s soul, but it can bring about peace in your own.

A Smile, A Hello, A Have A Good Day
They cost nothing. Nothing at all. But, the receiver is welcomed. There is a connection, even for a brief moment. You never know how much something like that can impact someone’s day. And did I say they cost nothing? Yes, I guess I did, but it’s important to remember that.

A Text Message, Phone Call
Back about twenty or thirty years ago, Bell Telephone had a slogan, “Reach out and touch someone!” When there is distance and time between you and someone you love, a simple text or phone call out of the blue can make someone’s day. You know how you feel when you receive one, right? And the nice thing is that it further connects you and doesn’t let the two of you drift apart.

I Love You
Those three words are magical. Right up there with “You mean a lot to me!” or “I’m thinking about you!” The thing is, we don’t hear that enough. We take it for granted. We assume. But then something might happen and we never again have that chance to say that to someone who is important to us. Don’t let that happen. Don’t let moments pass by. Don’t put it off. Again, you never know . . .

Some gift suggestions from an older guy who has seen and experienced quite a bit in life. My wish and my gift to you. Something to think about . . .

Just In Time For The Holidays! My new book, Spiral Into Darkness is Available for Preorder
The cover description reads as follows:
He blends in. He is successful, intelligent and methodical. He also has a list and has murdered eight on it so far. There is no pattern. There are no clues. There are no leads. Two adopted boys, struggling in their own world, have no idea they are the next targets. Neither does their family. And neither does local law enforcement.

Use the promo code: PREORDER2018 to receive a 15% discount at http://www.blackrosewriting.com/suspense…/spiralintodarkness

Photo by Rachel Cook, Unsplash
Posted by Joseph Lewis at 9:30 AM